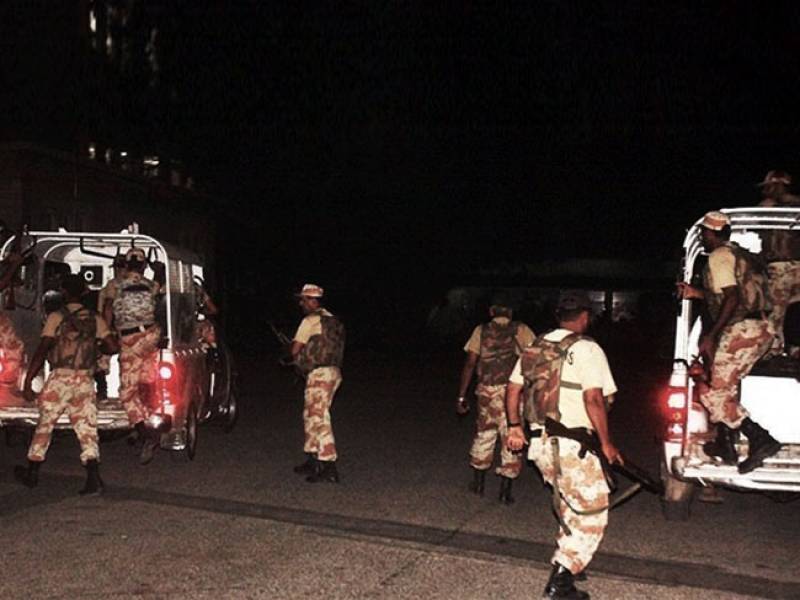 KARACHI (Web Desk) - As many as five terrorists were killed in a joint Rangers and Police operation in Karachi early morning on Monday, Radio Pakistan reported.

Two police officials were also injured in the encounter in Mangho Pir area.

Police sources said weapons and explosives were also recovered from the possession of the terrorists.

According to police, a huge quantity of arms and ammunition has recovered from their possession.