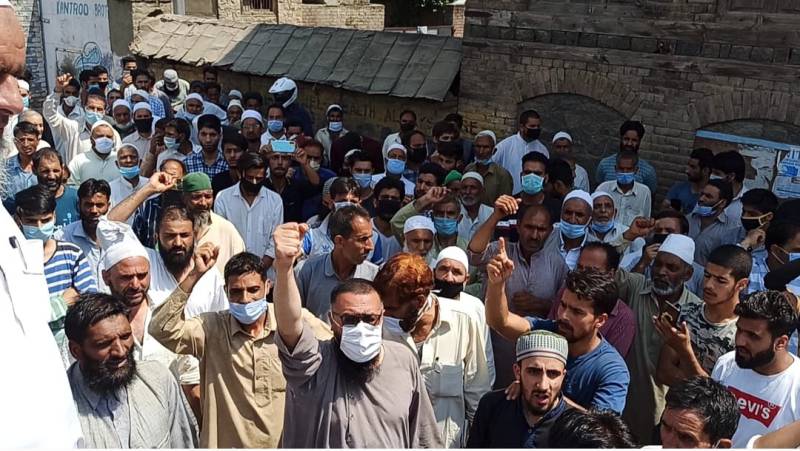 SRINAGAR – Strong protest demonstrations were held Monday for the second consecutive day in Indian illegally occupied Jammu and Kashmir to condemn the blasphemous remarks of a Hindu priest, Satpal Sharma, in Reasi district.

The protests were held in Ramban, Banihal, Doda, Bhaderwah, Kishtwar, Poonch, Rajouri, Reasi and Jammu city where people came out of their houses and raised slogans against the priest who uploaded a video containing blasphemous contents.

The protesters said that the priest committed blasphemous act at the behest of ruling Bharatiya Janata in New Delhi, the Kashmir Media Service reported.

The protesters demanded action against the priest and others responsible for uploading the derogatory video.

Meanwhile, Jammu and Kashmir Civil Society Forum in a statement issued in Jammu demanded a stern action against the priest saying his blasphemous remarks had hurt the sentiments of the Muslim community, particularly in the Jammu region.

Wani said the Prophet of Islam (Peace Be Upon Him) is the highest revered personality for mankind and any blasphemous act or gesture against him is intolerable.