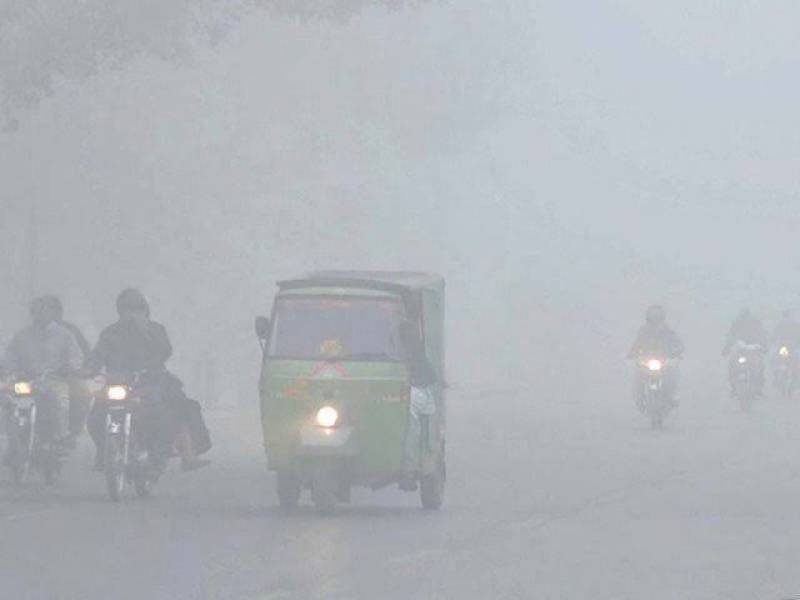 According to media details, owing to the thick fog , the Motorway sections from Lahore to Kala Shah Kako (M2) and Multan Motorway (M5) have been shut down due to zero visibility.

Dense fog has also disrupted the flow of traffic at the National Highway in Lahore, Gujrat, Vehari, Pakpattan, Narowal, Zafarwal, Bahawalnagar and adjoining areas as visibility was down to zero metres.

The Motorway police have advised the drivers and commuters to switch on fog lights while driving and also requested the people to stay home and avoid unnecessary travelling.

Meanwhile, mainly cold and dry weather has been forecasted in most parts of the country while very cold in upper areas during the next twelve hours.

Dense Fog is likely to prevail in most plain areas of Punjab and upper Sindh during the morning and night hours.

Frost is also likely to form in Potohar region and most districts of Khyber Pakhtunkhwa.