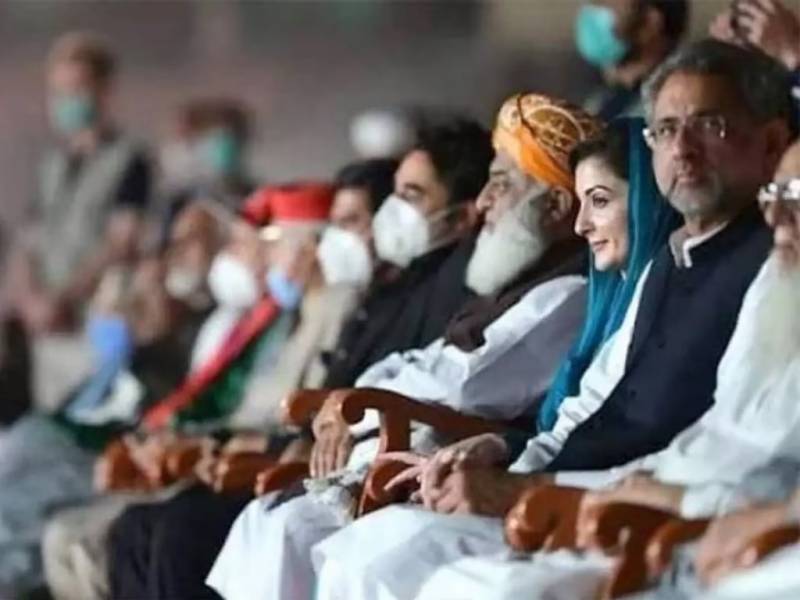 The special committee of PDM, an 11-party opposition alliance, has prepared the final recommendations for the long march. Sit-in will continue until the goal is achieved, the committee proposed.

A central camp will be formed near Faizabad to welcome all the rallies of PDM along with camps to be set up at Rawat Chowk, Chowki No 26, Coca-Cola Factory, and Bara Kahu.

The recommendations include bringing a maximum number of workers in the Long March and all parties will organize their processions separately and will bear all of the costs on their own. The committee proposed to formulate a joint strategy to mobilize the masses for the long march.

It also recommends the PDM bigwigs approach traders, farmers, and trade unions to get support from local areas.

Meeting of Pakistan Democratic Movement (PDM) leadership will be held today to discuss the strategy of long march as well as the political situation of the country arising after Prime Minister Imran Khan secured the vote of confidence from the National Assembly.

The meeting is also expected to approve the names of joint candidates for Chairman and Deputy Chairman Senate.

ISLAMABAD - The Pakistan Democratic Movement (PDM) has announced that it will hold a long march against the PTI ...