Airbus plans to test autonomous flying taxi by end of 2017 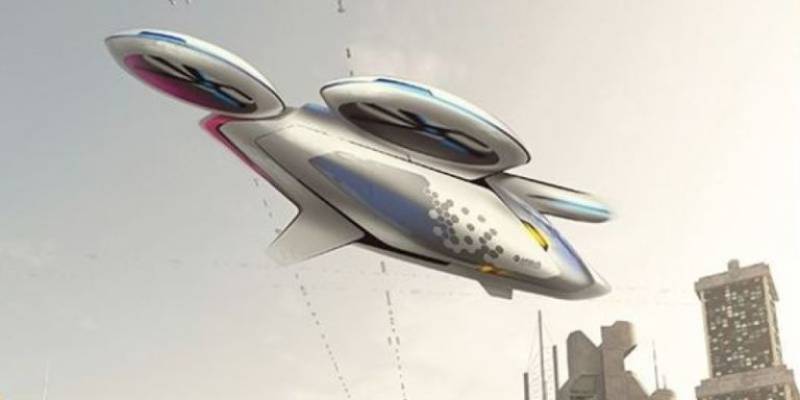 TOULOUSE - With growing population, the condition of traffic is also getting worst stranding thousands of people in traffic jams daily all over the world. In order to overcome the mess in future, Airbus Group today announced that it plans to test an autonomous airborne taxi prototype for one passenger by the end of 2017, according to a report from Reuters.

The company sees flying taxis as the next logical step in urban transportation, and hopes ultimately to develop a network of these vehicles that can be available to people on demand like car-sharing services.

Part of the company's Urban Air Mobility division, the production vertical take-off and landing (VTOL) vehicle would use multiple tilt-rotors to take off and land like a helicopter, but fly more like a propellor-driven airplane. Full design schematics have not been released, but it is likely that the first prototype vehicle will use four rotors, possibly looking more like Ehang's quadcopter-style drone—which is currently in flight testing—than the aircraft pictured above.

"One hundred years ago, urban transport went underground, now we have the technological wherewithal to go above ground," Airbus CEO Tom Enders said at the DLD digital tech conference in Munich, as reported by Reuters. In addition to flying a single-passenger demonstrator by the end of the year, Enders said Airbus hopes to have a production aircraft for short flights developed by 2021.

As the world's largest manufacturer of commercial helicopters, not to mention a wide variety of civil and military planes, Airbus seems well situated to lead the way in developing a self-flying taxi for the city of tomorrow. Still, realizing a production "flying car" by the early 2020s is a lofty goal, especially considering that Airbus is committed to making these vehicles 100 percent electric. If we see a prototype fly before the year is out, we'll start getting ready to hail a sky taxi.

Enders says that Airbus is the world’s largest commercial helicopter maker, the company wants invest in technologies like driver-less cars and AI which would push towards an era of flying cars.

He added that if they were to ignore these developing technologies like the ones mentioned earlier, they run the risk of being pushed out of important segments of business.