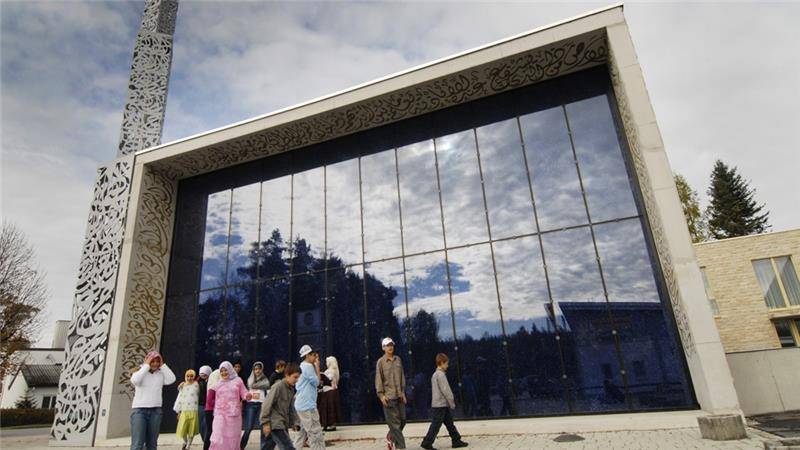 BERLIN (Web Desk) - German TV has broadcast live Muslim Eid prayers from a mosque in a town near Munich, a move that is the first of its kind in the country’s history.

The prayers, at 4:45am local time on Friday, were aired from the Penzberg Mosque on public TV and radio broadcaster Bayerischen Rundfunk.

The sermon marked the beginning of the Eid el-Fitr holiday and the end of the fasting month of Ramadan.

The broadcast was part of a wider two-hour coverage on the Muslim holiday that will include the sermon, narration of the Islam's holy book Quran, Islamic chanting, and speeches by Christian Catholic and Protestant priests.

Ahead of the sermon, Benjamin Idriz, the preacher who led the prayers, told Al Jazeera the move was historic for Muslims in Germany.

The emergence of “extremist groups” like the Islamic State of Iraq and the Levant (ISIL) has added psychological pressure on Muslims in Germany, the 43-year-old preacher said.

He said that broadcasting the Eid programme will help the Muslim community feel more welcome and as an integral part of Germany.

The move comes just two weeks after German Chancellor Angela Merkel attended an iftar, the meal to break the Ramadan fast, for the first time as the head of government. At the event, she said that Islam “is a part of Germany”.

At least 1,000 worshippers were expected to perform prayers in the mosque in the Bavarian town of Penzberg, with many coming to the small town of from elsewhere in the country.

The prayer hall of Penzberg Mosque, one of the most prominent Islamic places of worship in Germany, has a capacity of 300 to 400 people. The organisers had equipped other rooms in the mosque to accommodate the crowds.

The cubic mosque, built in 2005, has an impressive contemporary architecture, with steel sheets covering the minaret in the form of Arabic calligraphy.

Germany is believed to be home to nearly four million Muslims.

More than 200,000 asylum seekers registered in 2014, most of whom came from African and Middle Eastern countries.

The rise in asylum applications has been followed by a growing trend of xenophobic attacks targeting non-European migrants. In 2014, there were 150 attacks by right-wing groups in Germany on accommodations housing asylum seekers.

Earlier this year, a grassroot movement by the name of PEGIDA, or Patriotic Europeans Against the Islamisation of the West, organised protests that Merkel called “racist”.

Idriz had told Al Jazeera that, in his Friday sermon, he would call on Germans “to take care of refugees and help them integrate in society”.