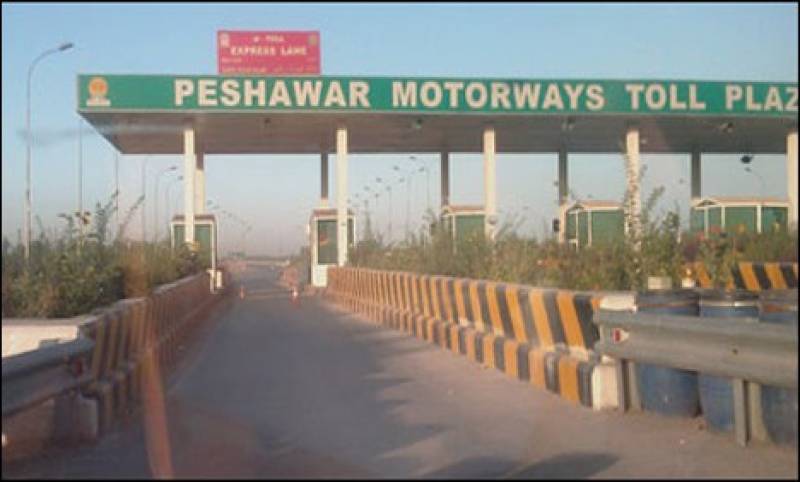 ISLAMABAD – A case has been registered against two constables of Punjab Police over their alleged involvement in robberies on Peshawar- Islamabad Motorway or M-1.

The FIR of the whole incident was registered by the Motorway Police at Taxila Police Station.

According to the details, a Honda car which had been involved in suspicious activities on the motorway for some time, was carrying two constables of Punjab Police with weapons and other persons.

The persons in the car were trying to stop various vehicles under the pretext of search. A complaint of such incidents had been received by the Motorway Police which was searching for the car and the culprits.

During the patrol, motorway police officers spotted a Honda vehicle parked on the motorway, the number plate of which was not clear due to very small size.

When a motorway police officer approached the vehicle, he saw two Punjab Police constables and three plain clothed men in the vehicle.

Furthermore, there was no name plate on the uniform of the police constables, which added to the suspension of was the motorway police officer.

He informed his control for more personnel and at the same time continued to try to confuse the accused.

He succeeded to confiscate service card of one of the constables in the car.

However, after questioning by the motorway police officer, the accused fled the scene.

When the Motorway Police expanded the investigation with the help of the seized police service card, it was found out that uniformed police constables were present service employees of Punjab Police named Constable Asif Mehmood (C-1181) and Constable Mukhtar No. (C-2906) and were posted in Adiala Guard.

The Names of the three persons who were present in plain clothes could not be ascertained so far. The FIR of the whole incident was registered by the Motorway Police at Taxila Police Station and further legal proceedings were ongoing.