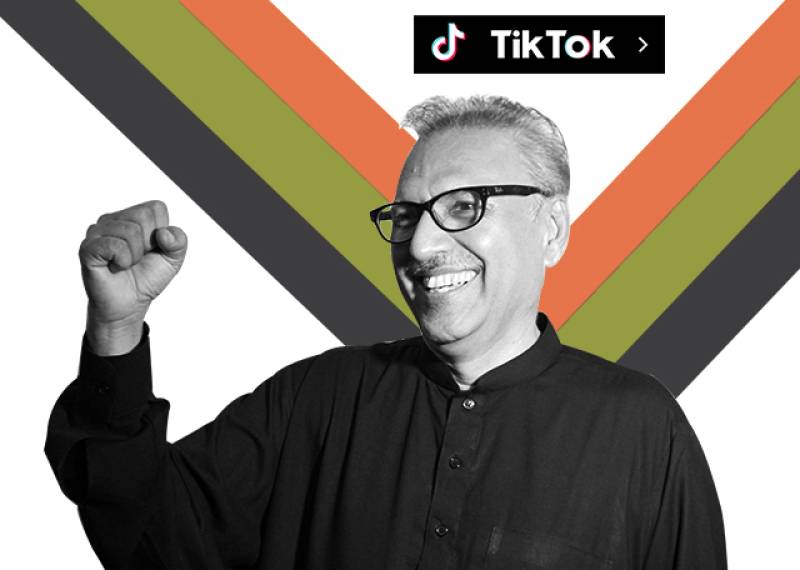 ISLAMABAD – The latest famous figure to jump on TikTok bandwagon is Pakistan’s President Dr. Arif Alvi, who joined the Chinese-owned video-sharing platform ‘to spread the message of positivity and motivation for the youth of Pakistan.’

The President of Pakistan is now on TikTok!

To spread the message of positivity & motivation for the youth of Pakistan, we will keep pushing inspiring videos for the TikTok users.

Here is the first video in which Alvi is addressing Pakistanis to take interest in their country. The development comes weeks after Pakistan blocked and then unblocked the platform for the third time.

TikTok was first blocked in Pakistan last year in October over its ‘obscene and immoral’ content. The Pakistan Telecommunication Authority said it had issued a final notice to the video-sharing app and gave considerable time to respond and develop and an effective mechanism for ‘proactive moderation of unlawful online content.’

The ban was, later, reversed after a week. The PTA spokesperson said the TikTok management has assured the authority that it will block all accounts repeatedly involved in spreading obscenity and immorality and moderate content in accordance with local laws.

TikTok, a widely popular video-sharing app, has responded to the Sindh High Court's (SHC) ruling to suspend its ...

The platform was then blocked for the second time on the high court’s orders this year in March. “In respectful compliance to the orders of the Peshawar High Court, PTA has issued directions to service providers to immediately block access to the TikTok App,” a tweet of PTA reads. The ban was reversed after three weeks.

The third and most recent ban was ordered after the Sindh High Court verdict which was later reversed within a week.