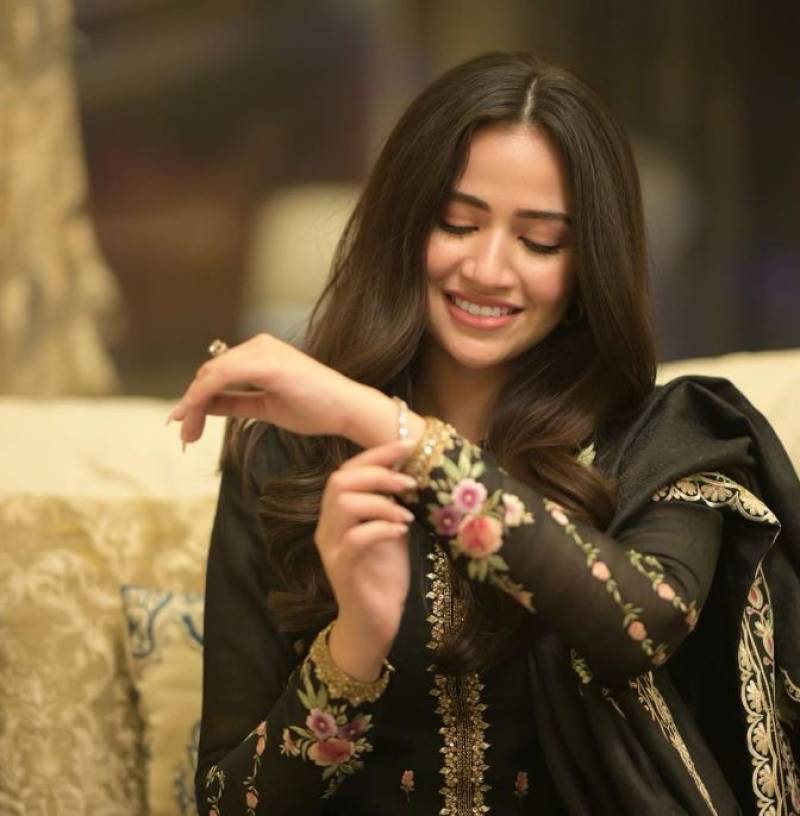 KARACHI – Pakistani actor Sana Javed is undeniably a force to be reckoned with and her foray into the local drama industry which proved that she is a performer at heart.

The Khaani star, who is also adored for her beautiful looks, shared breathtaking clicks on her Instagram, leaving social media users and her fans awestruck.

In the latest snaps, the 29-year-old donned a green oversized t-shirt, with black sunglasses while she also holds a chilled coffee beverage.

Soon after Sana shared the clicks, the pictures garnered thousands of likes and praises from her followers as fans flooded the comment section with love reactions.

Earlier this year, Sana became the center of controversy after several makeup artists and some actors accused her of being rude, and unprofessional.

Lollywood diva Sana Javed rose to the pinnacle of fame with her drop-dead gorgeous looks and memorable performances in ...

The actor then started a legal route against those who spoke out against her. Later, FIA’s cyber crime wing chief said the defamation case filed by actor Sana Javed against makeup artists was closed as there was no evidence found of a planned smear campaign against the actor.

Pakistani star actress Saba Qamar has won the hearts of her fans with new sizzling photo she shared on her social media ...