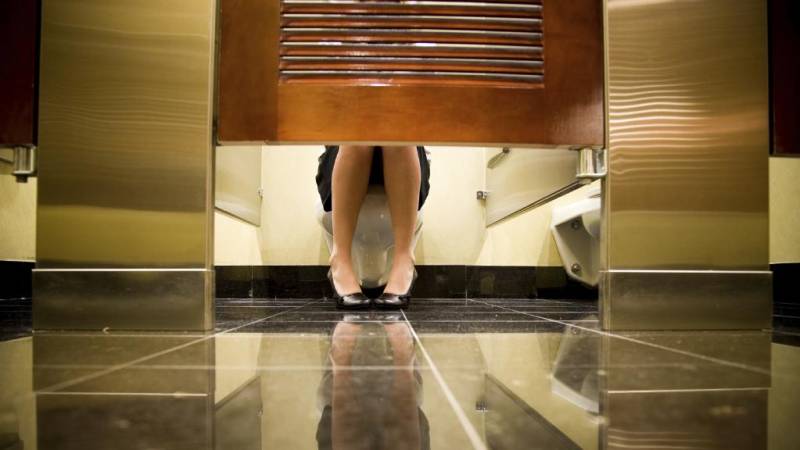 LONDON (Web Desk) - In a highly bizarre and rare incident, a 15-year-old boy has been arrested after being caught red-handedly for filming of a woman when she was in a cinema toilet last night.

While visiting the bathroom at the George Street complex at about 6pm, the woman, 47, noticed a male hand holding a mobile phone under the partition dividing two cubicles, The Daily Telegraph reported on Friday.

She stomped on the hand and jumped out of the cubicle before trapping him inside the one he had allegedly been filming from.

The woman called for help from cinema staff before police arrived and arrested the 15-year-old boy.

Upon searching the teenager’s bag, police found a phone that contained videos of other women he had allegedly filmed without their knowledge.

The boy was taken to Day Street police station where he was charged with five counts of filming a person in a private act without their consent. He was refused bail and will appear at Children’s Court today.