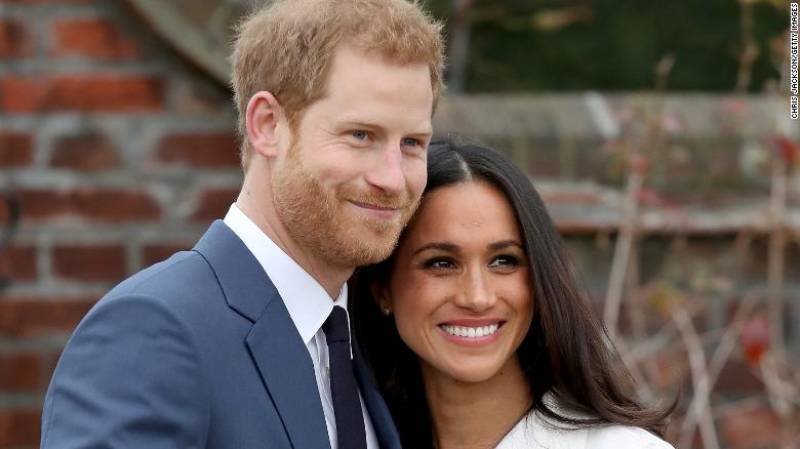 LONDON - Prince Harry and Meghan Markle welcomed their first child, Archie Harrison Mountbatten-Windsor, last month and he has captivated the world since birth. The cute little prince has been a centre of attention on social media and people simply can't stop themselves from commenting on the posts related to the little munchkin.

On Sunday (yesterday), Sussex Royal, the couple's official Instagram had posted a sweet image of Archie holding what appears to be a finger on Harry's left hand. The image of the nearly six-week-old infant — who is seventh in line to the British throne — was accompanied by a caption. "Happy Father's Day!" read the caption. "And wishing a very special first Father's Day to The Duke of Sussex!"

Here is the closeup shot of little angel Archie in his dad's arms:

Archie looks adorable as he stares directly towards the camera, gripping his dad's finger - which also shows the royal's wedding ring - with his tiny hand.

The close-up picture is similar to an image posted last month in honour of Meghan's very first Mother's Day. The account posted a photo of Archie's tiny feet held by what appears to be Meghan's hand.

The baby appeared to be posed in front of forget-me-not flowers — which some speculated could be a nod to Harry's late mother, Princess Diana. The flowers were one of Diana's favourites, according to an American magazine 'Vanity Fair'.

So adorable pictures of Archie with his parents. Here, Wishing them many more memorable days to come in future.