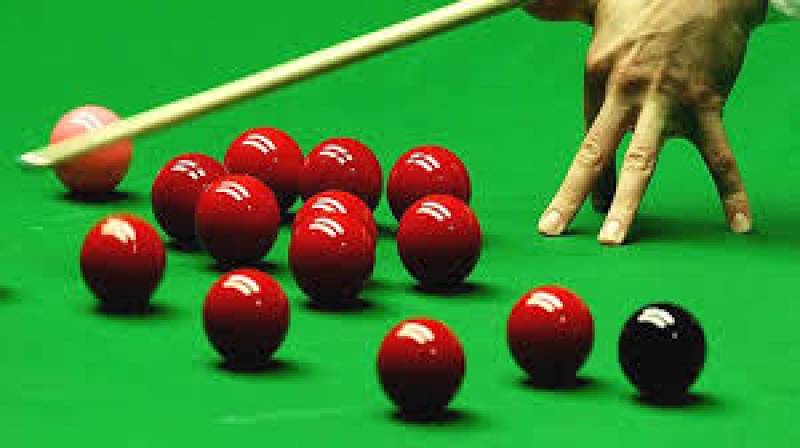 The SBP is organising the two-day championship with the collaboration of the Punjab Snooker Association. Teams from all nine divisions of Punjab province are taking part in the championship.

SBP Director General Nadeem Sarwar was the chief guest on an opening day.

All the participating players and officials were also introduced to SBP DG Nadeem Sarwar on the occasion.

Pakistan's two international snooker stars -- Hamza Akbar and Naseem Akhtar -- were also present at the opening ceremony. Hamza won the 31st Asian Snooker Championship at Kuala Lumpur in 2015. He also became the first Pakistani player to play in the Snooker Professional Circuit in 2015. Naseem Akhtar became the first Pakistani to win the IBSF U-18 World Snooker Championship in 2017.

While talking to the media, SBP DG said snooker is one of the most popular sports in the world. "Snooker is one of the five sports that we have short-listed keeping in view their great medal-winning prospects in international competitions like Asian and SAF Games etc," he added.

Answering a question, Nadeem Sarwar said the Sports Board Punjab was organising regular sports events despite severe summer weather conditions. "We organised All-Punjab Age Group Swimming Championship in Gujrat and kabaddi event in Gujranwala in recent days. A 2-day archery championship is also going to be staged in Murree later this month," he explained.

Replying another query, DG Sports Punjab said the performance all the participating players will be monitored minutely during the championship. “The data of top performers will be preserved. We will also invite international coaches for the top class training of prominent players”, he asserted.

"Sports Board Punjab has chalked out a comprehensive program for the promotion of sports in the province. We are giving equal importance to all sports disciplines," he added.

Former Asian champion Hamza Akbar, on this occasion, said: "The holding of Punjab Inter-Division (Open) Snooker Championship is a great step of DG Sports Punjab Nadeem Sarwar for the promotion of this game. It's a great opportunity for talented players of the province to demonstrate their potential."

"Sports Board Punjab has always patronized sports activities in the province and organizing regular sports events in different disciplines," he said.