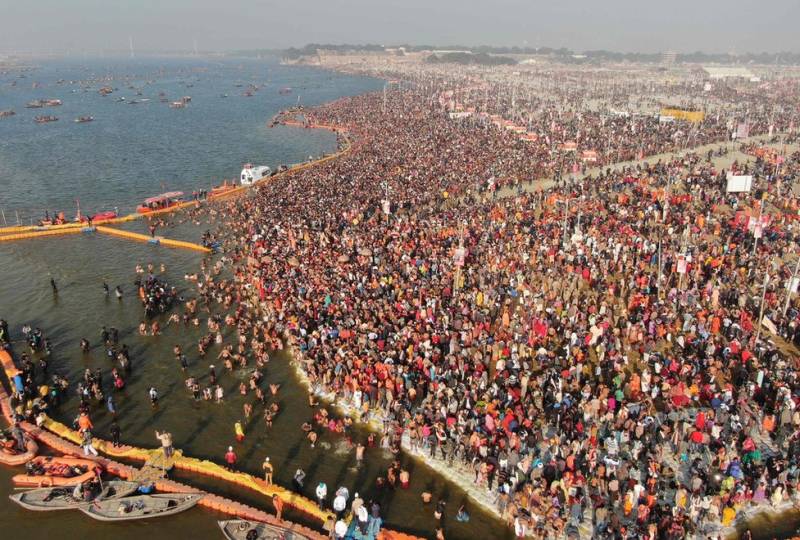 Reports say fake names, mobile numbers and addresses were used in more than 100,000 tests during the Kumbh Mela in April this year. The private labs were hired by the government to screen visitors for the deadly virus.

Uttarakhand was criticised for holding the festival, which brought millions of people together during the pandemic.

Reports from different states suggested that those who returned from the festival infected a large number of people.

Unmasked crowds thronged the Kumbh festival in April even as several Indian cities grappled with a severe shortage of oxygen and hospital beds amid the second wave of the pandemic in India.

Officials said at that time that every visitor was being screened for Covid. Private labs based in Haryana and Delhi were hired to conduct a majority of the tests.

The same phone numbers and addresses were used in hundreds of Covid reports, say media reports.

"Orders have been issued to file a case against labs from Delhi and Haryana, which conducted tests at five places in Haridwar during Kumbh Mela," says Subodh Uniyal, spokesperson for the Uttarakhand government.

The Kumbh Mela is the largest Hindu festival, which draws people from all parts of India and the world. But experts warned in March that the festival should be postponed because of an impending second wave. But the government decided to go ahead, allowing people to visit from across the country.

Reports of fake Covid tests have also emerged from the northern state of Bihar where some primary healthcare centres have been accused of fudging data.