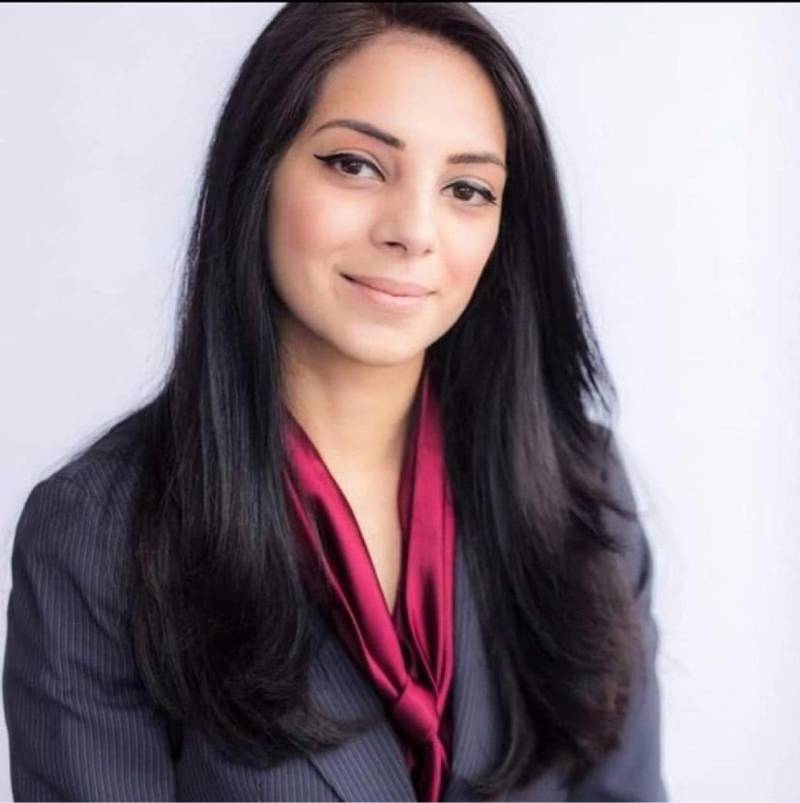 NEW YORK – Amber Murad, a member of the Watchung (New Jersey) School Board, won the Somerset County Republican Organization Line for the election of the county commissioner on Tuesday.

She defeated former Boundbrook Councilman John Paul Levin by vote to 124 to 81. Amber received 60.5 % of the vote, while her opponent received 39.5 percent.

Amber Murad is expected to run against Democratic candidate Melonie Marano for the "Somerset County Commissioner" in the November 8th general elections. This time, Republicans are pushing for a seat in Democratic-leaning Somerset County (NJ).

Amber Murad, who won the Republican Organization Line from Somerset County, is determined to win her election as Somerset County Commissioner. She told "Daily Pakistan" in an interview that she was within one percent of winning last year and  this year is going to be a great year. "I know the county and we will win," she said.

Along with her husband Rehan Murad and two children, Amber Murad, 33, has been living in New Jersey's town Watchung, Somerset County for the past ten years. She is currently serving as an elected board member of Watchung Borough Board of Education (New Jersey).

Her parents, Masood Chaudhry and Shagufta Chaudhry, are from Sahiwal, Pakistan. While living in the United States, they have been active in Pakistani community activities and local politics in the past.

Amber was born in the United States. She has a BS with science subjects from the University of Maryland.

As a Management and Operations Professional, she has served in a number of other positions, including on the Watchung Board of Education, the Watchung Historical Committee, the Recreational Committee, and a member of the Somerset County Open Space Board.