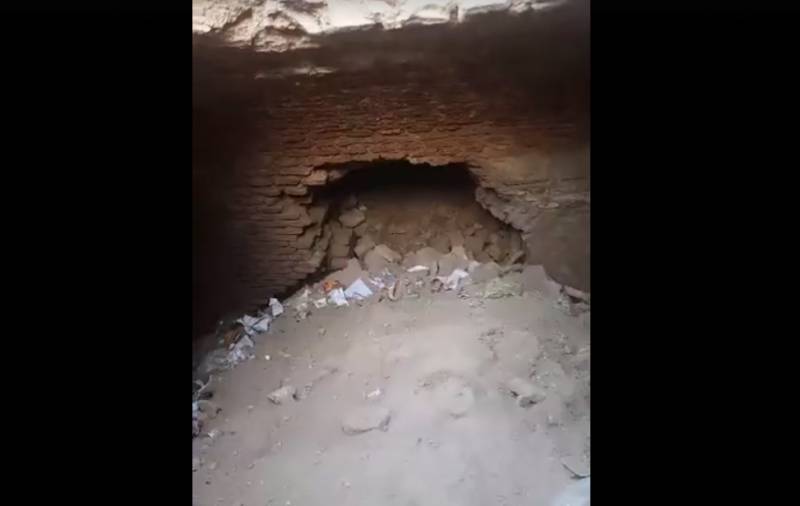 There are few things as redolent of mystery and adventure than a secret tunnel.

A hidden passage discovered recently beneath the under-construction school in walled city of Lahore has sparked speculations with experts claiming its ingress to beyond Indian border.

The 12-foot tunnel is said to be traced from the last years of Mughal empire which is historically recorded as the era of political upheaval and wars when tunnels served as safe and secure exits from the royal forts.

Though the site is under the strict control of Walled City of Lahore Authority, the tunnel has become a site of tourist attraction.

The tunnel reportedly originates from the Lahore Fort, another Mughal monument situated in the Walled City and has three passages within itself.