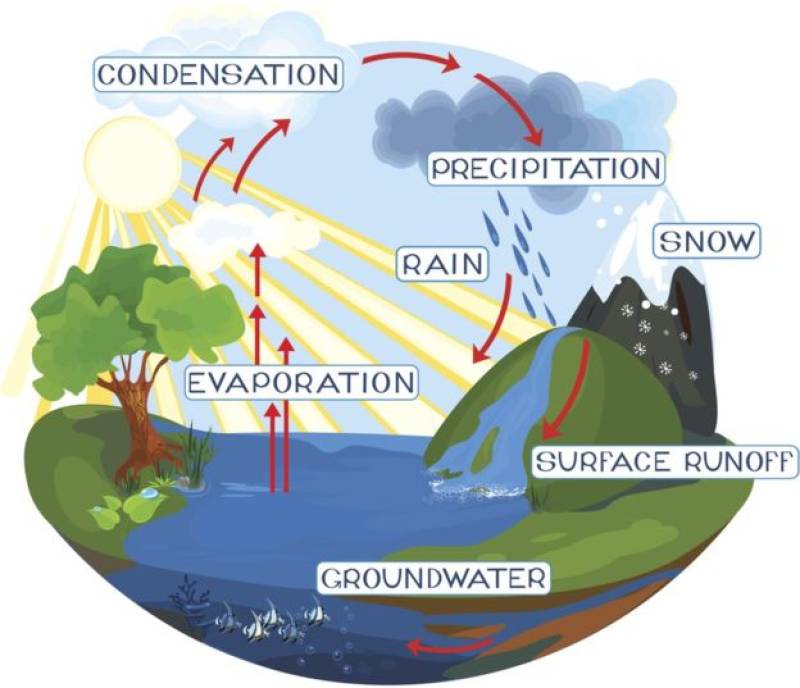 LONDON (Web Desk) - The total amount of groundwater on the planet, held in rock and soil below our feet, is estimated to be 23 million cubic km.

If this volume is hard to visualise, imagine the Earth's entire land surface covered in a layer some 180m deep.

The new calculation comes from a Canadian-led team and is published in the journal Nature Geoscience.

Significantly, little of this water - just 6% - is the kind of bankable resource that is most useful to people.

That small fraction is referred to as "modern" groundwater: it is extractable because it is near the surface, and can be used to supplement above-ground resources in rivers and lakes.

"It's the groundwater that is the most quickly renewed - on the scale of human lifetimes," explained study leader Tom Gleeson from the University of Victoria.

"And yet this modern groundwater is also the most sensitive to climate change and to human contamination. So, it's a vital resource that we need to manage better."

To quantify just how much water is stored in the top 2km of the Earth's surface, Dr Gleeson's team had to combine large data sets with an element of modelling.

They included information on the permeability of rocks and soil, on their porosity, and all that is known about water table gradients, which tell you about inputs from precipitation.

Key to determining the age of all this stored water is a collection of thousands of tritium measurements.

Tritium is a radioactive form of hydrogen that spiked in the atmosphere 50 years ago as a result of thermonuclear bomb tests.

It can therefore be used as a tracer for all the rain that has made its way underground ever since.

The map above shows the distribution of this modern groundwater around the globe.

Dark blue shows where it is very quickly renewed. Light blue shows the older groundwater, which is mostly stagnant and non-renewable.