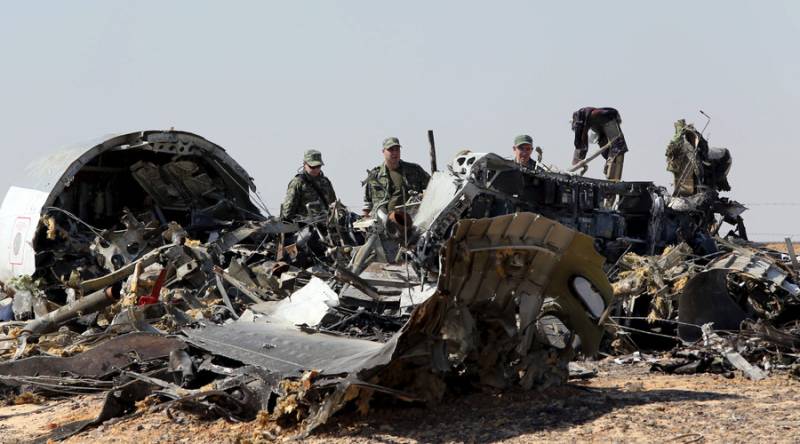 According to Russian media reports, traces of explosive material were found in the plane and downing of the flight was an intentional terrorist activity. Explosives equal to around 1kg of TNT was used in the crash, the statement said.

In another news Russian President Putin has been quoted saying as "murder of Russian citizens in Sinai desert was one of the bloodies acts and it will never be let gone."

Those responsible for the action will be hunted and brought to justice as soon as possible, he announced.

Related: Bomb ‘may have caused Russian airliner crash in Egypt’

Putin also vowed to speed up its anti-ISIS operation Syria.

All 224 people on board were killed when the Kogalymavia A231 plane crashed in the Sinai Peninsula in Egypt on October 31.

Syria and Iraq based militant group Islamic State (ISIS) had claimed responsibility for downing the plane.