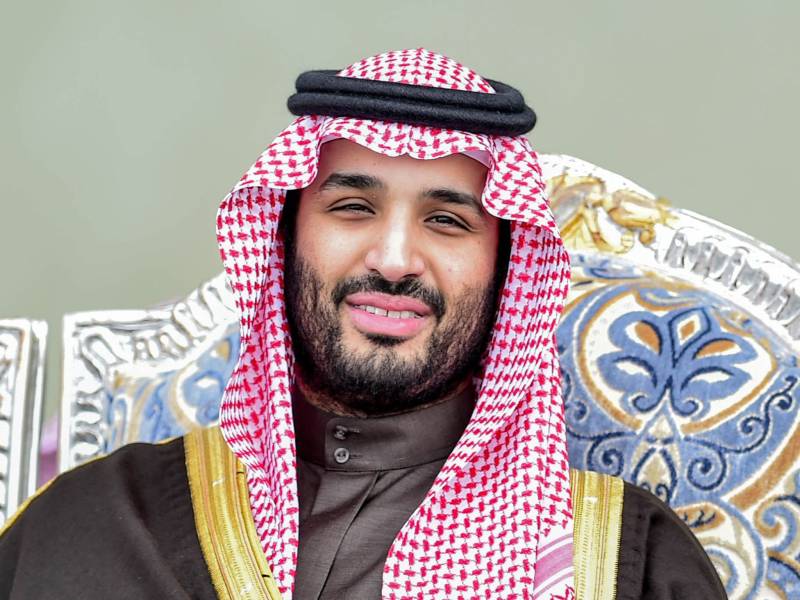 WASHINGTON - In a major development in the journalist Jamal Khashoggi's killing probe, the US Central Intelligence Agency (CIA) has found Saudi Crown Prince Mohammed bin Salman to be behind the murder in Istanbul, US media reported, citing sources.

The US assessment contradicts the Saudi government’s claims that he was not involved in the killing of the journalist.

The Washington Post broke the story on Friday, stating: "The CIA’s assessment, in which officials have said they have high confidence, is the most definitive to date linking Mohammed to the operation and complicates the Trump administration’s efforts to preserve its relationship with a close ally".

RIYADH - After weeks of disputed claims over the disappearance of Jamal Khashoggi, the kingdom of Saudi Arabia has ...

The CIA, in the probe, found that a team comprising 15 Saudi agents reached Istanbul on government aircraft in October and killed Khashoggi, a contributing columnist to The Washington Post, inside the Saudi consulate, it added.

The investigators examined multiple sources of intelligence, including a phone call held between MBS's brother Khalid bin Salman, the Saudi ambassador to the United States, and the journalist.

The media outlet, citing sources close to the investigation, said Khalid told Khashoggi that he should go to the Saudi consulate in Istanbul to retrieve the documents and gave him assurances that it would be safe to do so.

It is yet unclear if Khalid knew that Khashoggi would be murdered in the consulate.

On October 2, Khashoggi had gone to the consulate to collect documents necessary to marry his Turkish fiancee when he was killed. The murder has sparked outrage among Riyadh’s Western allies and Turkey as well.

US President Donald Trump had said he wanted to get to the bottom of the case, highlighting Riyadh’s role as an ally against Iran and Islamist militants.

However, the Kingdom has denied the reported findings of the CIA. The country has repeatedly changed its stance over the killing as in its latest version the Saudi prosecutor on Thursday claimed that the team of country's agents was formed to bring back the journalists "by means of persuasion" — but instead ended up killing him in a "rogue" operation.

The Saudi ambassador to the United States, Prince Khalid bin Salman, requested information from the US government to prove the claims, stating that he had a telephonic conversation with the journalist before his death.

In a tweet on Friday, the ambassador reiterated what he had mentioned to the American daily newspaper about the last interaction he had with the late Saudi citizen, which was via text.

As we told the Washington Post the last contact I had with Mr. Khashoggi was via text on Oct 26 2017. I never talked to him by phone and certainly never suggested he go to Turkey for any reason. I ask the US government to release any information regarding this claim.

In a second tweet, he called the newspaper's claim “a serious accusation that should not be left to anonymous sources”.

Unfortunately the @washingtonpost did not print our full response. This is a serious accusation and should not be left to anonymous sources. Our full response was the following: pic.twitter.com/vo1JcNAswx

Meanwhile, the US spy agency also said: "The accepted position is that there is no way this happened without him [MBS] being aware or involved," the Post quoted an official as saying.

The New York Times later reported that the CIA assessments were based on calls from the agents' team to a close aide of the crowon prince.

While the intercepts showed Prince Mohammed was trying woo Khashoggi to come back to Saudi Arabia, the crown prince had not said in the calls that he wanted the journalist killed.

The NYT cited officials as saying US and Turkish intelligence as of yet has not found direct evidence connecting the prince to Khashoggi's killing.

WASHINGTON - The US has sanctioned 17 Saudi nationals for their alleged role in the murder of journalist Jamal ...

On Nov 16, the US had sanctioned 17 Saudi nationals for their alleged role in the murder of journalist Jamal Khashoggi. The list includes a former top aide to Crown Prince Mohammed bin Salman and Saudi Consul General Mohammed Alotaibi.