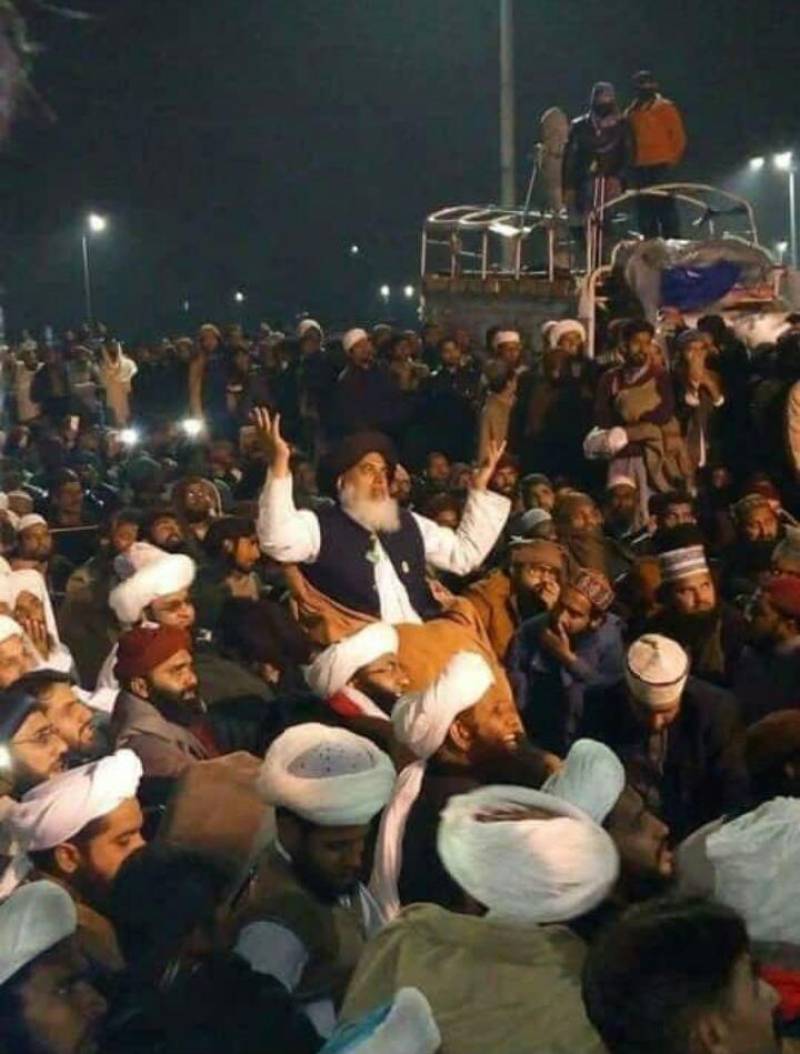 ISLAMABAD – The Tehreek-i-Labbaik Pakistan (TLP) late Monday night called off its anti-blasphemy protest in the heart of the federal capital after reached an agreement with the government.

Khadim Hussain Rizvi, a 54-year-old cleric who leads the religio-political party, announced an end to their march in Islamabad. The protesters were demanding to sever ties with France, immediately expelling that country’s ambassador over publication of blasphemous caricatures in France. They also called for a complete boycott of French products.

According to a written agreement, a copy of which is available with DailyPakistan, the government will ‘expel’ the French ambassador within two to three months with a consensus from the Parliament. 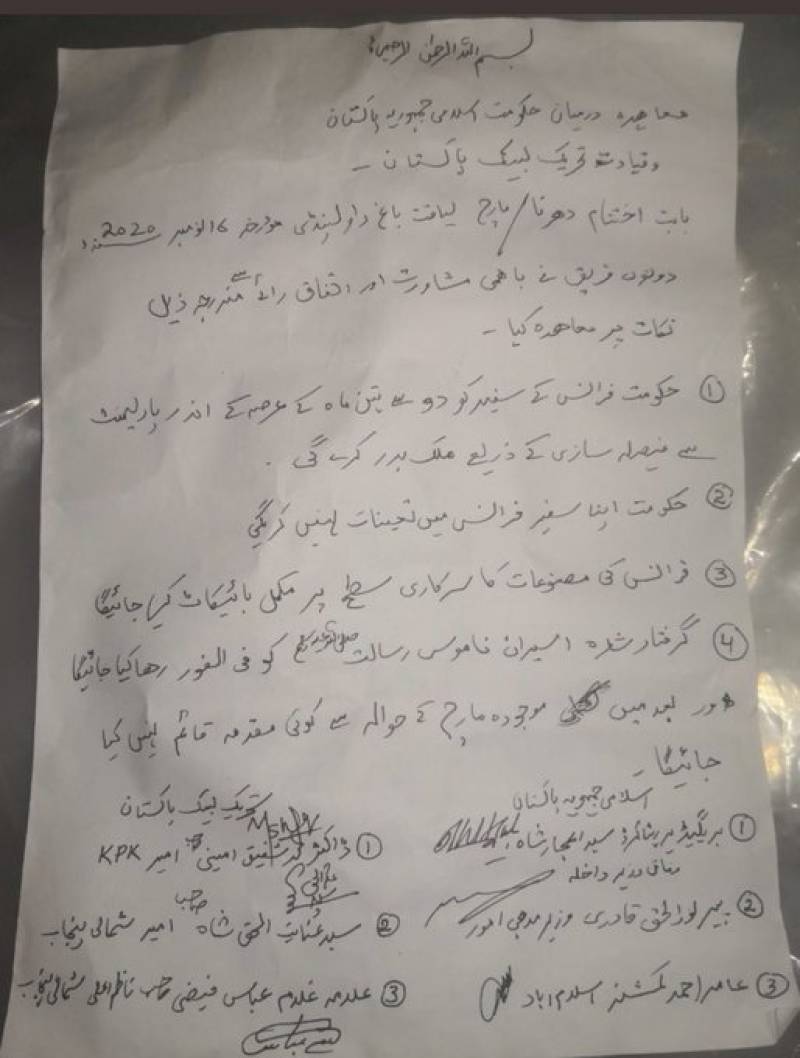 Under the agreement, the country will not send an ambassador to France and French products will be boycotted on the governmental level.

The government has also agreed to release all arrested TLP workers.

TLP’s rally started from Liaquat Bagh, Rawalpindi in the evening and faced heavy tear gas shelling from police at Murree Road. The protestors managed to reach the Faizabad Interchange, where they faced more tear gas shelling throughout the Saturday night.

Nine people, including four policemen, were injured in clashes between law enforcement and members of the TLP.

A contingent of 2,500 policemen and over 700 FC jawans has been deployed at different points of the city. Containers block all major routes towards Islamabad. However, there were reports that all roads were clear except for the expressway.