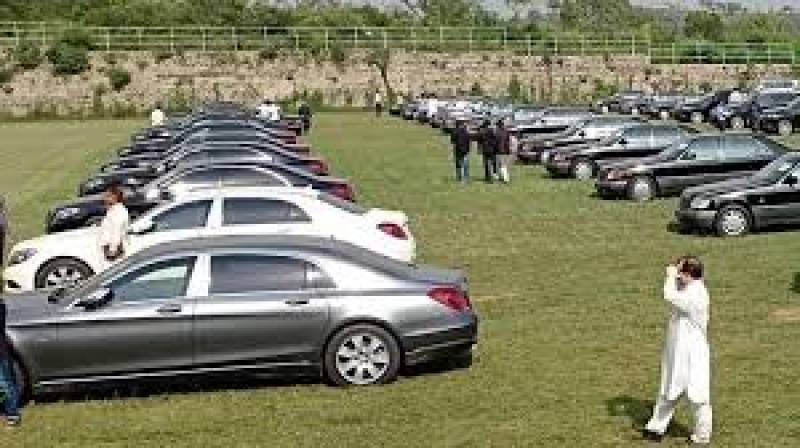 ISLAMABAD - In an auction held at the Prime Minister House on Wednesday, one out of the 49 vehicles was sold. The vehicles were displayed for sale today included bomb-proof and bullet-proof cars.

The auction was the part of Prime Minister Imran Khan's austerity drive, fetched the government a sum of Rs 9 million. According to a customs officer, another auction will be held on October 25 at the I-9 dry port.  "There is limited access of citizens to the Prime Minister House," the officer said.

The customs officer further said, people should understand that the vehicles which are being auctioned have special features and higher price tags.

ISLAMABAD - Amid the austerity drive, the government is set to auction another 49 vehicles of the Prime Minister House ...