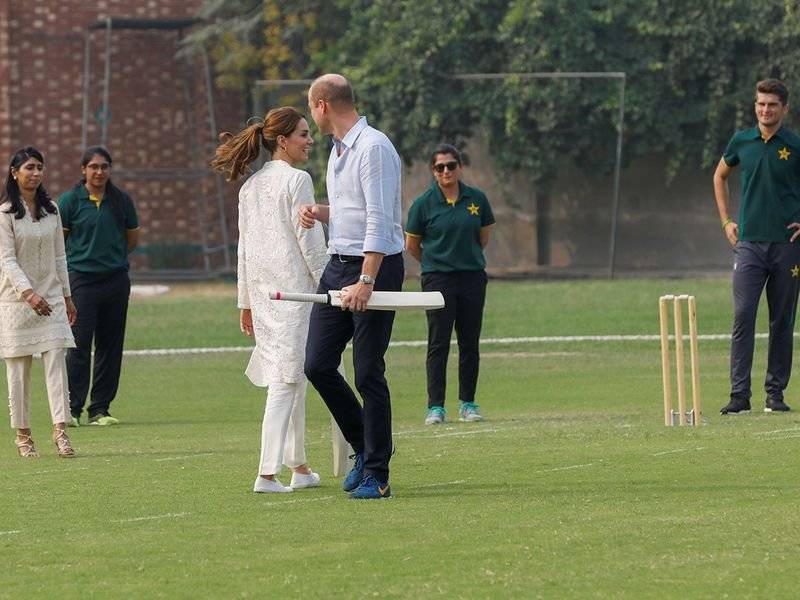 LAHORE – The Duke and Duchess of Cambridge, Prince William and his wife Princess Kate Middleton Thurday visited National Cricket academy and met with cricketers in Lahore as part of their visit to Pakistan.

The couple arrived at National Cricket Academy and met with different players of the national cricket team. The players and the local kids who took part in British council’s dost programme were also present there on the occasion. 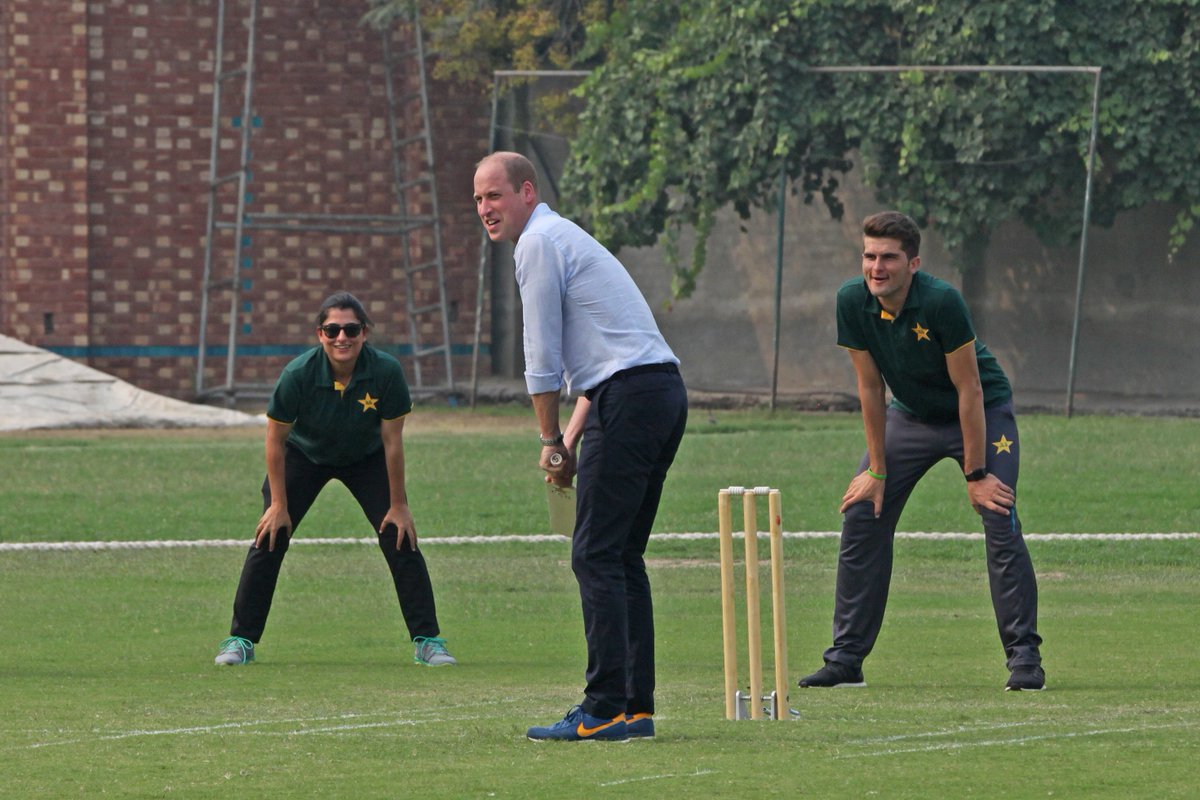 Playing cricket there, Prince William scored big but his wife Kate was caught twice during the game. 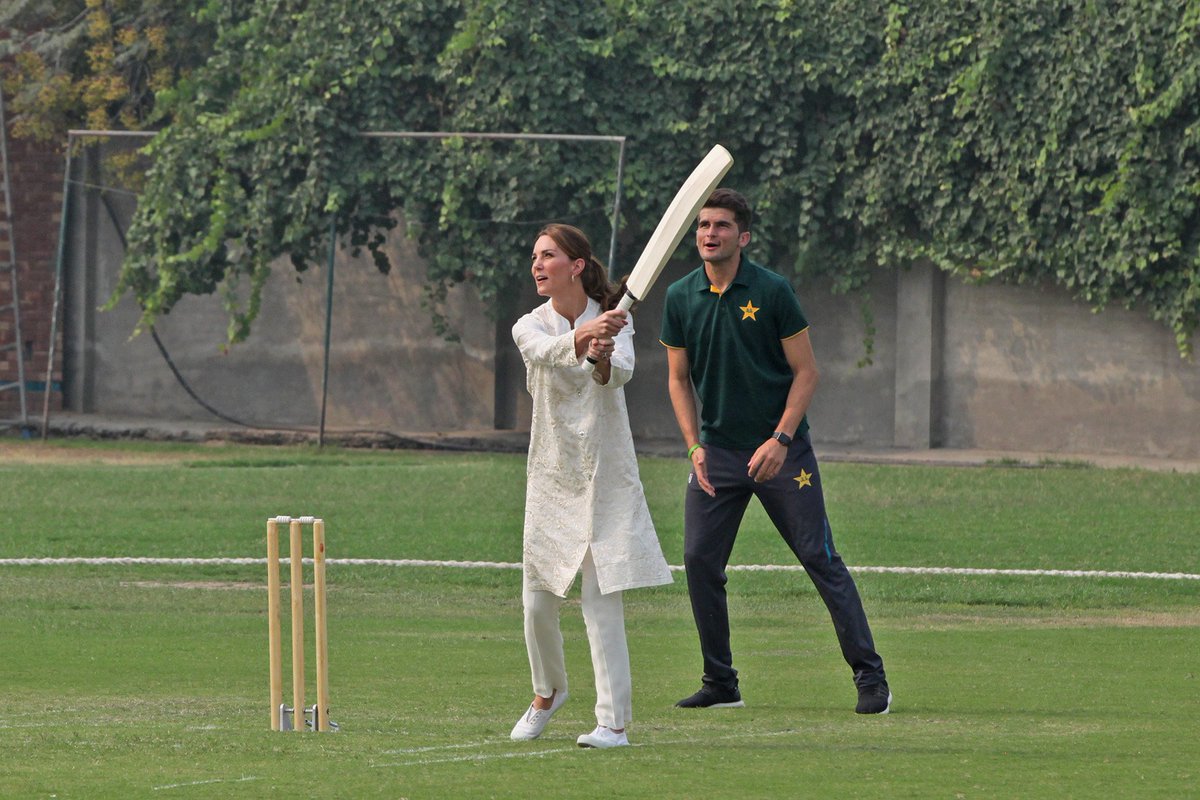 The Duchess was wearing a white Shalwar Kameez while Duke wore a light blue shirt.