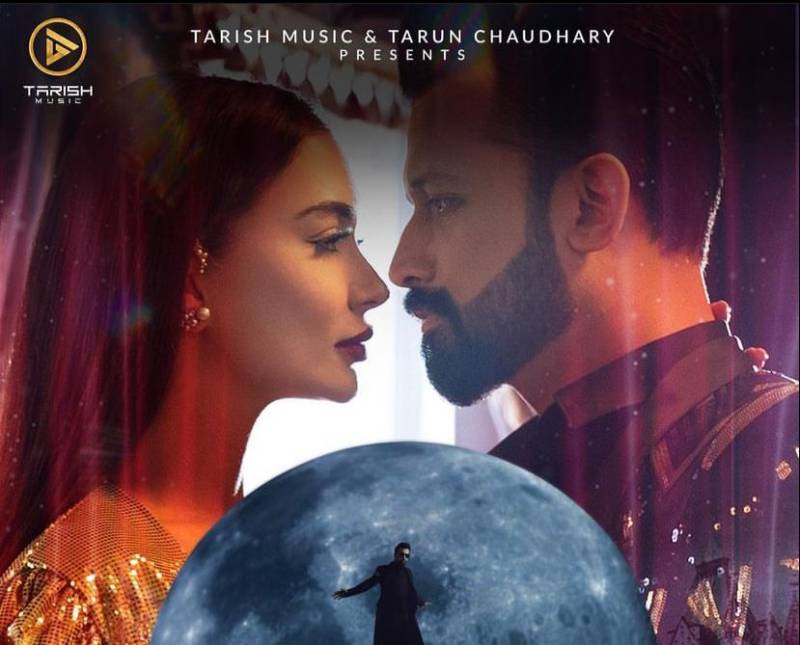 Pakistani heartthrob Atif Aslam is an enthusiastic performer who has been making waves in showbiz, and needless to say, the 39-year-old star has managed to garner ample praise for herself.

After a short break, the Dil Dyan Gallan singer has returned with news that is sure to excite his fans - he is “chasing love by the moonrise” with British actor and model Amy Louise Jackson.

Taking to Instagram, Atif ­revealed the title for his new song, Moonrise, which is set to feature Jackson.

Amy Jackson is known for her work in Indian films, predominantly Tamil and Telugu films. She made her Hollywood debut in 2017 with Warner Brothers television production of DC Comics Supergirl.

Written by Raj Ranjodh, the music video of the song will be directed by Adnan Qazi and produced by Tarun Chaudhary and Omer Ahmed.

However, the date for the song release is yet to be unveiled. On the work front, Atif Aslam has been riding the success of his drama serial Sang e Mah co-starring Kubra Khan, Naumaan Ijaz, Hania Aamir, Sania Saeed and many more.