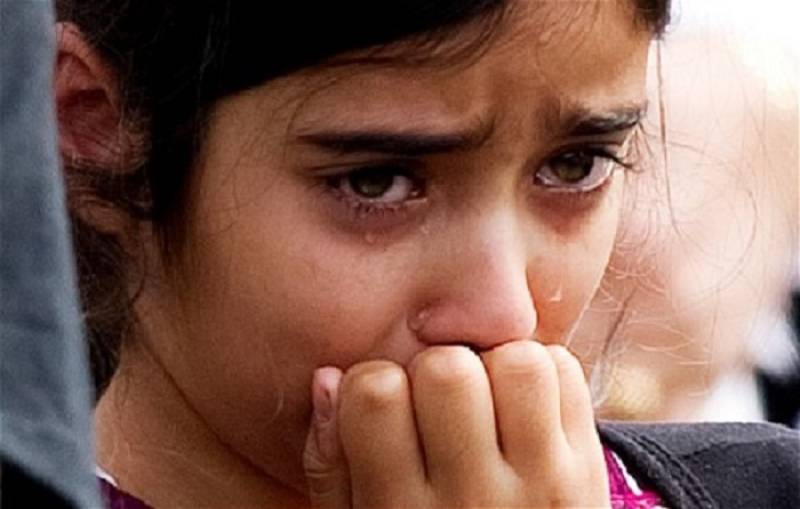 ISLAMABAD (Web Desk) - Inequality and inhumanity are on rise in the Islamic Republic of Pakistan where servants are being treated pathetically even publicly.

A heart aching video recently surfaced on the social media, which shows a family of three enjoying their meal at a Chinese restaurant in Melody Market, Islamabad while a teenage girl, who is sitting beside them, has been left bereft of food.

The video clearly shows the girl, with a gloomy face, is looking at the family enjoying the food.

She is one of the millions of children working at homes and offices in Pakistan who are deprived of basic education and are subjected to child labour in one way or another.

The irony of the fact is that the family appears to be quite religious due to the bearded man and his burqa-clad woman. However, it tends to be very ‘irreligious’ for the family to offer food to the domestic labourer.

However this is not the first time such happenings have gone viral.

Every few months a photo or a video pops up on Facebook showing such abuse but no action has ever been taken by anyone despite laws against child labour or discrimination.

In Pakistan, child labour and domestic help go hand in hand. Many of these children are abused physically and mentally and this remains one of the most overlooked and disturbing aspects of our society.