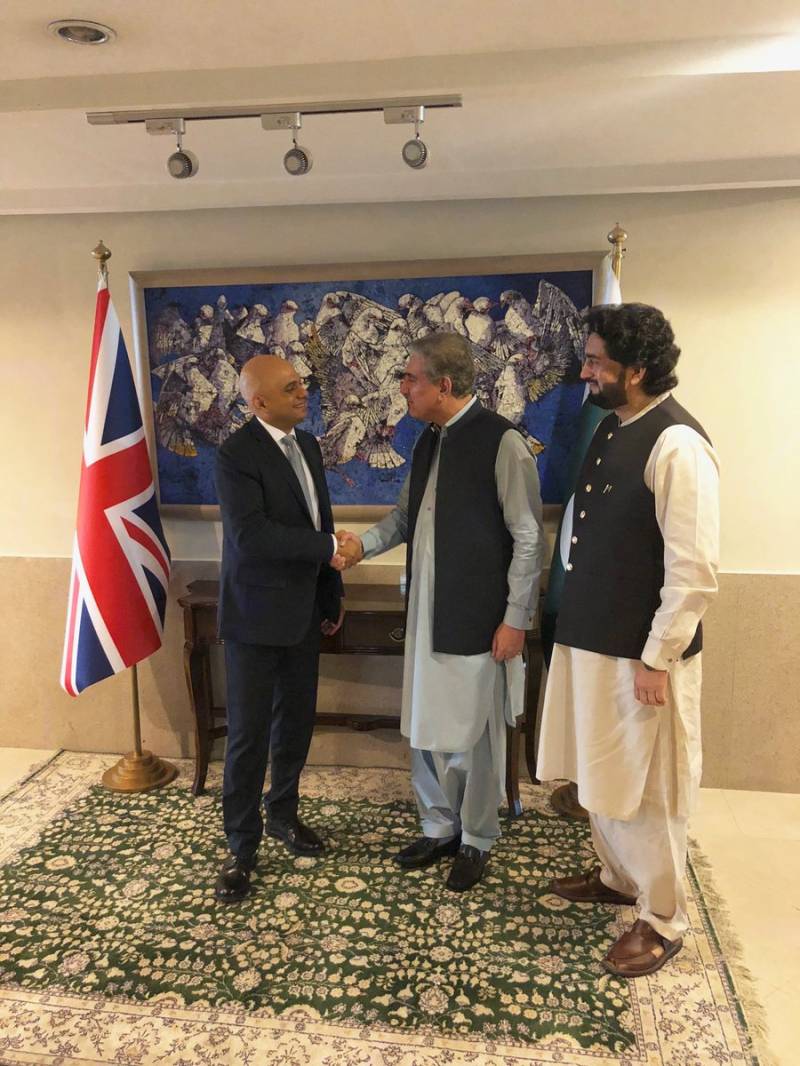 ISLAMABAD - The government of Pakistan signed a declaration on justice and accountability with the United Kingdom as the British Home Secretary Sajid Javid arrived in Islamabad on Monday.

Addressing a joint press conference, Pakistan's Law Minister Faroogh Nasim, special assistant to the Prime Minister on accountability, Shahzad Akbar and visiting dignitary detailed that the accord would help resume the process regarding the recovery of wealth stashed abroad and bilateral exchange of prisoners.

'The reason for signing the accord is the recovery of looted wealth currently stashed outside the country,' said Shahzad Akbar.

He expressed that the agreement regarding the exchange of prisoners would be renewed adding that the impetus behind inking the agreement is to extend cooperation for curbing multiple crimes.

Law Minister, Faroogh Nasim expressed that the details regarding the deportation of former finance minister Ishaq Dar could not be made public as of now.

On the occasion, the British official said that he had arrived in Pakistan for opening a new chapter in Pak-British ties adding that the UK regime wants to work in liaison with Pakistan on the issue of terrorism.

'Around 2 percent of the Britishers trace their roots in Pakistan,' said the British home minister.

The Britisher also lavished praise on the law enforcers and admitted that the armed forces and police took steps to eradicate terrorism.

He also dished in on the matter of money-laundering and said that it inflicted a massive loss on Pakistan's economy, resulting in a drop in the collection of tax.

Javid expressed that the United Kingdom would fully support Pakistan in its educational and defence related projects.