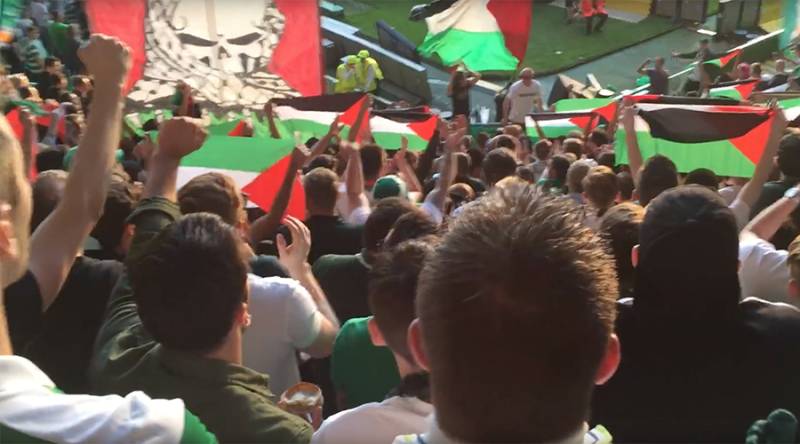 According to Scottish media reports, the massive show to express support to Palestine was originally organised by a Facebook group "Fly the flag for Palestine, for Celtic, for Justice," and about 1,200 people voluntarily registered themselves as participants.

In the description of the event, the activists urged the Celtic fans to support the Palestinian cause by backing "Boycott, Divestment and Sanctions (BDS)" movement against Israel.

Reacting to the call, the Scottish police warned the fans to avoid any political demonstrations at the stadium, threatening arrests and heavy fines.

The Union of European Football Associations (UEFA) also forbade the spectators against any political assembly during the football match. Any violations to this effect could even result in the closure of the stadium.

However, despite all these warnings, the Palestine Alliance activists successfully waved the Palestinian flags at the stadium. Moreover, Israeli club also lost the game to the Scottish club by 5-2.

It is also worth mentioning here that the Celtic football team is now facing a penalty from the UEFA after the incident.