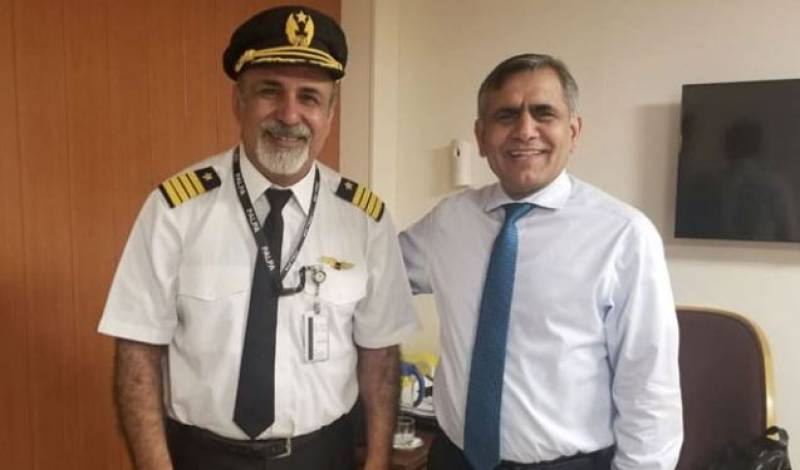 In a letter issued by the administration of the national flight carrier, Bajrani along with the crew of Airbus A320 were appreciated for their ‘heroic rescue’ at the Kabul airport.

Chief Executive Officer of Pakistan International Airlines Arshad Malik while commending the pilot said “In a crisis situation, the use of understanding, experience, and skills is a sign of a real professional”.

CEO #PIA @ammalik76yahoo1 & Capt Maqsood Bijrani all smiles after the heroic endeavour by the Capt to safely bring the flt back from #Kabul after situation got worse. He exhibited valour & professionalism while maintaining full situational awareness. PIA thanks him & feels proud pic.twitter.com/unBFicIjQs

On Sunday, the PIA pilot who was at Kabul airport, with a mission to safely bring back stranded 170 people including diplomats, was waiting for a green signal from the air traffic control to depart, when charged mob flocked at the runway in an attempt to escape the Taliban rule.

Following the chaos and panic, an unusual announcement was made by the air traffic control which directed all pilots to take their own decisions.

Meanwhile, the PIA pilot prepared for take-off without a moment's delay, right behind fighter jets that took off just then.

The distressed crew then got relaxed when Bajrani informed them that they had entered Pakistan. The plane later landed at Islamabad International Airport at about 7:10 pm.