Pakistan voted against abolition of capital punishment - NOT in favour 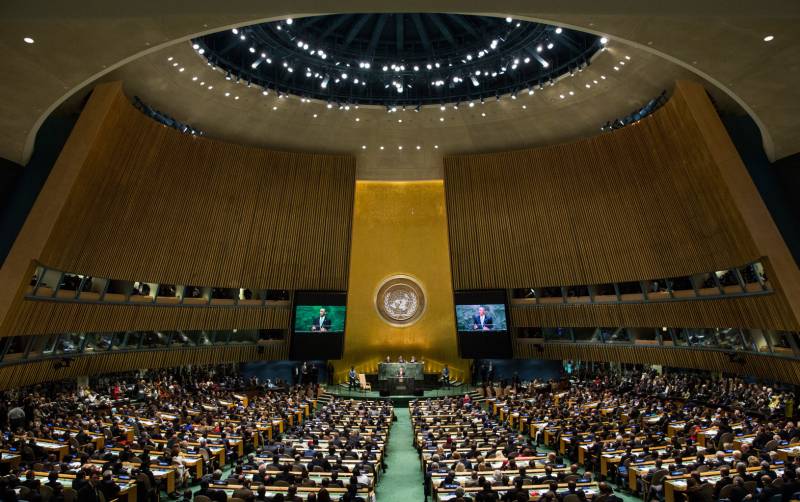 UNITED NATIONS - Pakistan has voted against abolishing the capital punishment in a resolution presented before the United Nations General Assembly despite media reports stating otherwise.

The Foreign Office clarified on Tuesday that the United Nations initially 'misread' the vote cast by Pakistan and considered that the country voted in favour of abolishing the death penalty.

"Pakistan, in accordance with its consistent policy, voted against the General Assembly resolution calling for a moratorium on execution, with a view to abolishing the death penalty," Dr Faisal said in a tweet.

Pakistan, in accordance with its consistent policy, voted against the General Assembly resolution calling for a moratorium on execution, with a view to abolishing the death penalty.(1/2)

He clarified that Pakistan's vote was "inaccurately recorded" in favour of the resolution "due to technical issues".

The vote was inaccurately recorded due to technical issues. The Permanent Mission of Pakistan has taken up this matter with the UN Secretariat to put the record straight (2/2).

"The Permanent Mission of Pakistan has taken up this matter with the UN Secretariat to put the record straight."

The Amnesty International, which opposes the use of death penalty, had reported on Monday that Pakistan was among the four UN members which changed their vote to support the resolution. The other three countries were Dominica, Libya and Malaysia.

The United Nations General Assembly is debating whether the capital punishment should be halted or not, for which a resolution was presented before the house.

121 of the UN’s 193 member states voted in favour of the seventh resolution on a moratorium on the use of the death penalty while 35 voted against and 32 abstained; after correction of Pakistan's vote the total count in favour would reduce to 120.

When the resolution was presented in 2016, 117 had voted in favour; this resolution was proposed by Brazil on behalf of an Inter-Regional Task Force of member states and co-sponsored by 83 states.

Article 185 (2) (a) of the constitution allows the Supreme Court to award capital punishment to an individual found guilty of any crimes punishable by death as defined in the Pakistan Penal Code (PPC).

At present, as many as 27 offences have been declared punishable by death in PPC including Blasphemy, High Treason, Murder, Hijacking, Waging or abetting war against Pakistan, Rape, Adultery, Mutiny and subordination, Abetment of mutiny, Offences in relation to enemy, treachery, mutiny, and cowardice, Arms trading (Section 13-A(1) of the Pakistan Arms (Amendment) Ordinance, 1996) and others.

The death penalties were halted in the country when Pakistan Peoples Party (PPP) government imposed a moratorium in 2008, however, it was lifted by the Nawaz Sharif-led government after a deadly attack on Army Public School in Peshawar in 2014.

After the APS attack, Pakistan has executed almost 500 prisoners while in the last three years, the apex court has overturned 85 per cent of the death sentences during appeals, Express Tribune reported.