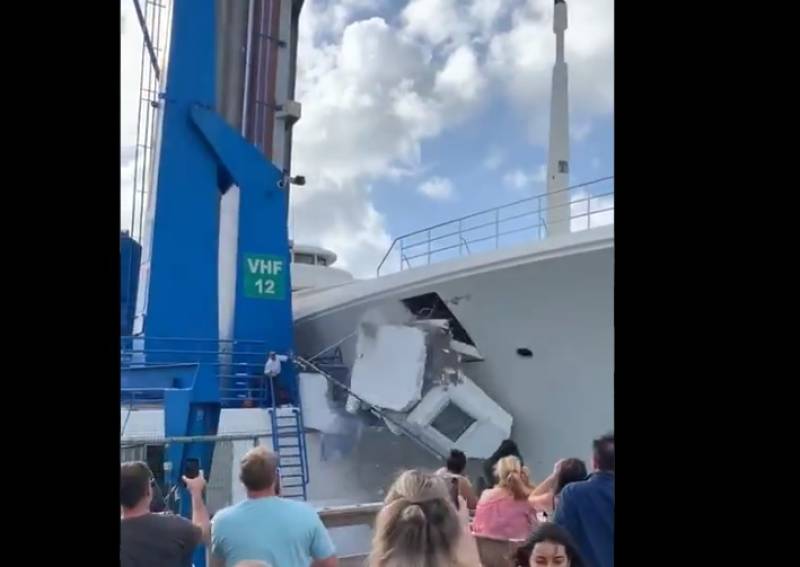 The 282-feet ‘Ecstasea’ super-yacht, which is owned by a Pakistani billionaire, demolished a marine control booth during a collision at Simpson Bay Lagoon on the Caribbean island of Saint Martin.

The crash was captured by a bystander at the bay when the luxury yacht steered off course while entering through the harbor bridge on December 15. No one hurt in the incident while the boat suffered minor damages.

The 282 foot Superyacht ECSTASEA had a collision today with the Simpson Bay Bridge in St Maarten causing serious damage. This is the hazard of these huge yachts maneuvering for space during the holidays- https://t.co/Ok1JoEZiNC pic.twitter.com/nnEtKT1EfU

The super-yacht is equipped with a helicopter hangar, a gym, a sauna, a cinema and several bars. A crew of 12 handles the vessel.