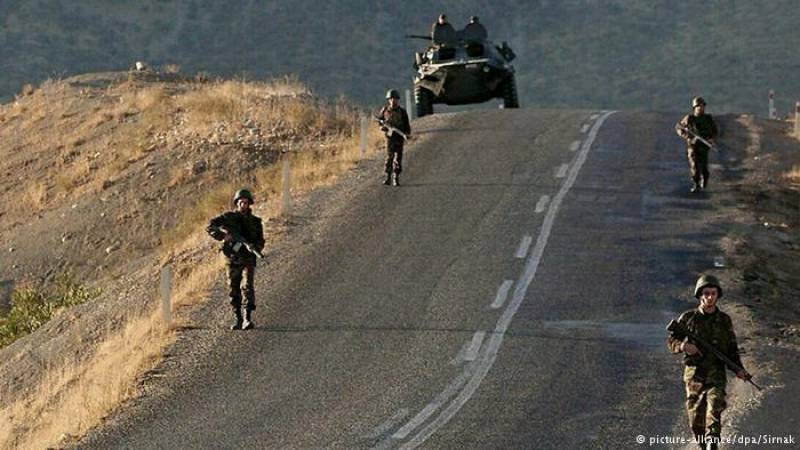 ANKARA (Staff Report) - At least seven people died and several other were left seriously wounded on Thursday when a blast hit convoy of Turkish military in southeastern region of country.

According to Turkish media, when the convoy came under attack it was traveling between Diyarbakir and Bingol.

The blast comes just a day after suicide bomber targeted a military convoy near Parliament House and Presidency in Ankara. As many as 28 people were killed in the blast.

The Turkish authorities have claimed that the suicide bomber, who carried out Wednesday's attack, was a Syrian national.