Mohammad Hafeez ruled out of PSL with fractured thumb 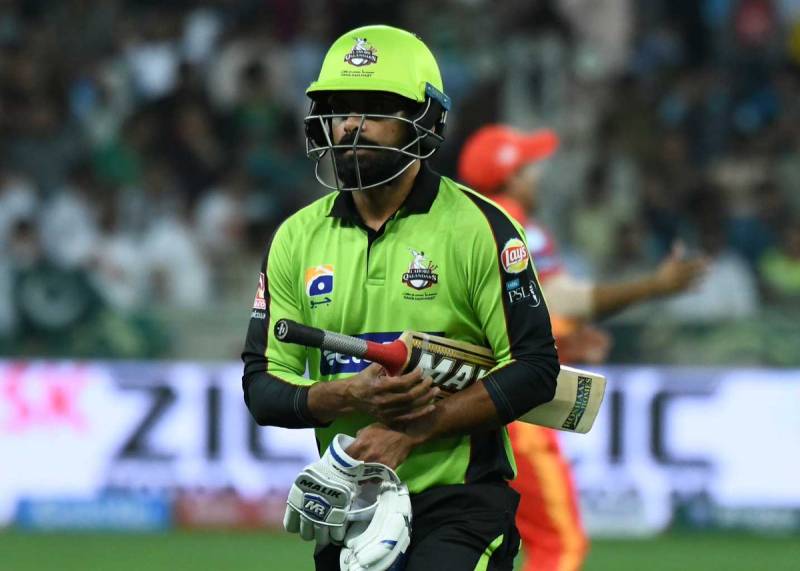 DUBAI – Pakistan all-rounder Mohammad Hafeez has been ruled out of Pakistan Super League season after fracturing his thumb during Lahore Qalandars’ victory over Karachi Kings on Saturday.

The 38-year-old sustained the injury while bowling his second over in his side’s defence of 138, when Karachi batsman Colin Ingram struck a firm shot back down the ground which hit Hafeez on his right thumb. He immediately left the field, handing captaincy reins to AB de Villiers, and didn’t return for the remainder of the game..

He was also absent for his side’s defeat to Peshawar Zalmi on Sunday, February 19, and it has since been confirmed that Hafeez has suffered a fracture which will require surgery, meaning his tournament is over, and also putting his participation in this summer’s World Cup in question.

Sameen Rana, team manager and CEO of the team, said: “It’s a very disappointing news for us. AB De Villiers will be the captain for the time being based on his availability and preference.”

Despite securing their first victory of the competition over Karachi Kings, Lahore Qalandars currently sit bottom with two losses from three games. They have finished bottom of the table three years in a row in the fourth edition of PSL.