Reema may have tried to 'poison me', claims Meera 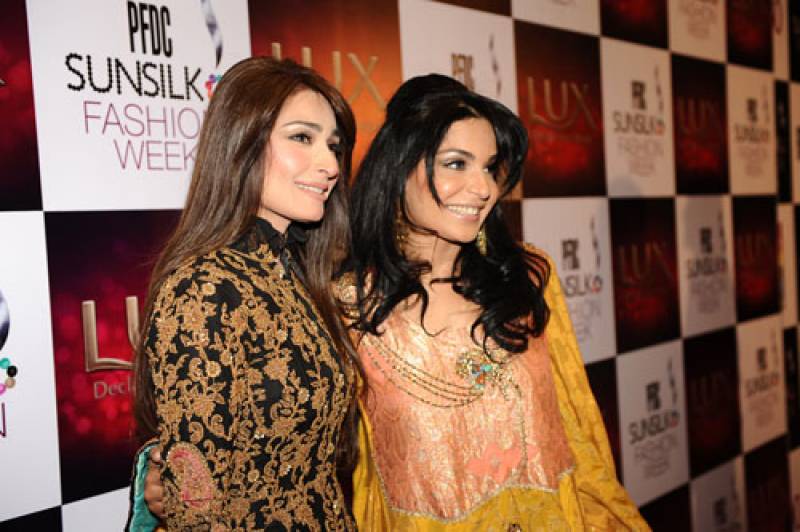 KARACHI - Lollywood’s controversial actor Meera aka  Meera jee is usually in headlines because of her confidant statements and tweets. The actress has her Twitter game strong and manages to remain in the news one way or the other.

During her recent appearance as a guest to a private channel ARY's news show, Har Lamha Purjosh Meera Jee responded to a question put in front of her by senior anchorperson Wasim Badami and it was shocking indeed.

Talking about an allegation by Reema made last month that a fellow actor had tried to poison her, Badami had asked Meera if she knew who would do such a thing to Reema. Meera, in her very own tone, responded by saying “Unhon ne mujhay zeher dene ki koshish ki hogi” (she may have tried to poison me), to the shock of the host and the audience.

When the host wanted Meera Jee to clarify whether she was talking about Reema, she, instead of saying anything, gestured to confirm she meant what she had just said.

Later the host asked her to define her fellow actors in one-word, she called Resham ‘a good friend’, but for Reema, she said that she didn’t have the attitude which was expected of a senior actor.

LAHORE - Meera Jee and Veena Malik are the ladies of the week with their interesting conversation with HSY on his show, ...

Let's see, what Reema Khan has to say about Meera Jee's bold response to her allegation. Stay tuned for that.

Have something to add? Share with us in the comments box below.