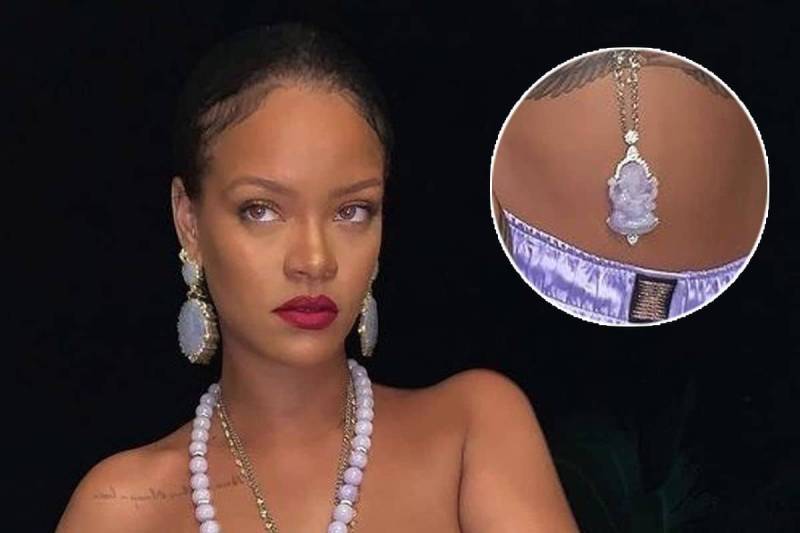 Pop icon Rihanna is back in the headlines as she is being accused of mocking a Hindu god after she was pictured topless with a pendant of Ganesha around her neck.

Sparking a public outrage, this isn't the first time the 32-year-old singer has landed in hot waters for disrespecting other religions or cultures.

Images of her being topless and covering her breasts with her hand, alongside wearing a pair of lavender boxers from her Savage X Fenty lingerie line, the Caribbean queen adorns a pendant of Ganesha.

Sharing the picture on her Instagram handle with 91.4 million followers, social media users and Indian politicians have labelled her post "derogatory" as her actions have hurt local sentiments.

Her post has left the Internet furious as they call her out under the post for the blatant disrespect over misusing a religious symbol as a prop in her photoshoot.

"It's appalling to see how @Rihanna shamefully mocks our beloved Hindu God #Ganesha," tweeted Ram Kadam, a state legislator from Prime Minister Narendra Modi's Hindu-nationalist party. This exposes how #Rihanna has no idea or respect for Indian culture, tradition and our issues here," he added.

Back in 2013, Rihanna came under scrutiny for cultural insensitivity and was asked to leave the Sheikh Zayed Grand Mosque in Abu Dhabi after she held an "inappropriate" photoshoot there.

Earlier this month, the singer was in the headlines as she vocalised her opinion on India’s farmers' protest, that despite going on for months has been left unnoticed.

Never to shy away from confrontation, Pop icon Rihanna sent social media into a frenzy as she vocalised her opinion on ...