FM Qureshi reaches Qatar after conclusion of successful US visit 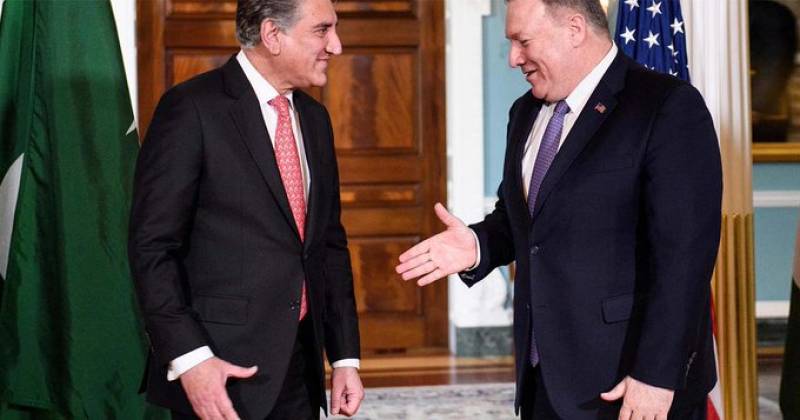 Earlier today, Qureshi concluded his successful three-day visit to the United States where he held wide ranging talks with the US administration.

Pakistan Ambassador in the US Dr Asad Majeed and other senior officials of the Embassy saw him off.

During the first leg of his visit, the foreign minister had arrived in New York where he held important meetings with the UN Secretary General and Presidents of the US Security Council and the UN General Assembly, said a press release. FM Qureshi apprised them about the alarming situation in the Indian Occupied Jammu and Kashmir and conveyed Pakistan’s serious concerns.

He held important meetings with the senior members of the US Senate, Secretary of State Michael Pompeo, US Advisor on National Security and other important figures in the US administration.

Qureshi apprised them about Pakistan’s efforts to de-escalate tensions in the Middle East, Afghan reconciliation process and the regional peace, besides, his recent visits to Iran and Saudi Arabia.

The US authorities appreciated Pakistan’s sincere efforts for peace in the region which was considered as a great triumph of Pakistan’s diplomatic success. In the backdrop of changing regional situation, the diplomatic circles tipped the Foreign Minister’s visit as the most fruitful.

In Washington, the Foreign Minister also held separate meetings with the Pakistan Congressional Caucus and Pakistani community and lauded their efforts for further strengthening of US-Pak ties.

At the conclusion of his visit, the FM also talked to the international media, highlighting the details, objectives and importance of his meetings with the US authorities.