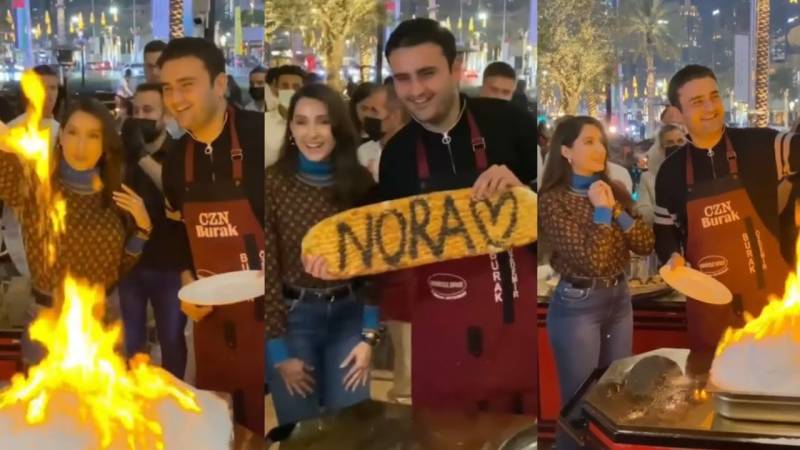 Nora Fatehi has attracted huge attention with her edgy personality and super amazing dancing skills, making her mark in the B-town successfully. After wooing everyone with her effortless moves, the 28-year-old star is now stealing hearts as she steps in the culinary world.

Spotted in Boulevard Point in Dubai alongside Turkish celebrity chef CZN Burak, Fatehi took culinary pointers from Burak as he hosted her at his new eponymous Turkish-Middle Eastern contemporary restaurant.

Posting a video on her official Instagram handle, Fatehi can be seen attempting to make the delicacies over an open fire with the chef encouraging her:

"The flip was on point ???????????? thank you @cznburak for the lovely suprise and the warm hospitality! I had fun last night", the  O Saki Saki dancer wrote.

She can also be seen attempting to make a lamb roasted in salt and Kunefe.

Donning a Louis Vuitton sweater and handbag along with jeans, black heels and a camel coat, Fatehi style statement was chic yet casual.

Dilbar famed Nora Fatehi has amassed a lot of admirers in a short span of time making her spot in Bollywood. The ...