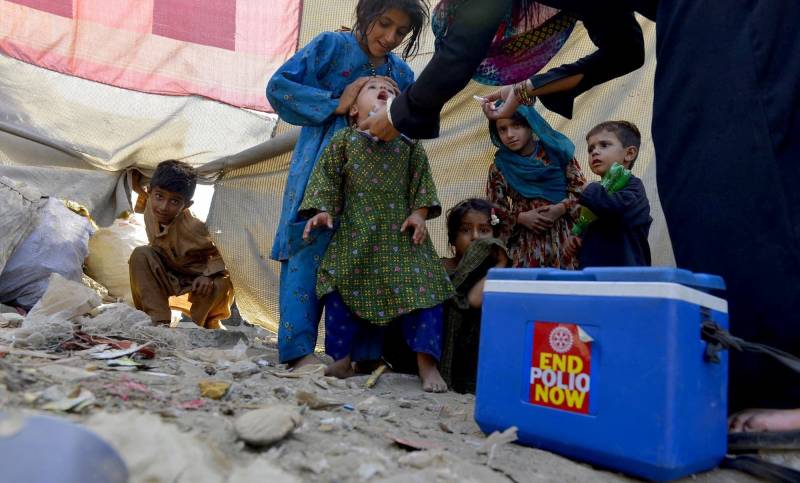 PESHAWAR – Khyber Pakhtunkhwa Minister for Health, Taimur Saleem Jhagra Saturday announced resuming of anti-polio campaigns that were being suspended four months back due to corona pandemic.

Addressing a press conference at Peshawar Press Club, he said that more than 100,000 children of South Waziristan tribal district would be vaccinated in upcoming five-day anti-polio drive starting from July 20.

Coordinator Polio Emergency Operation Centre, Abdul Basit, officials of health department and representatives of UNICEF, and WHO were also present on the occasion.

Minister said that routine vaccination and anti polio drives were suspended from March 19 due to corona and added that it was feared that immunity of children against various diseases would be affected.

He said that it was the reason that prompted Federal health authorities and international organization to consider resuming of anti polio campaigns.

He said that although coronavirus has not been fully eradicated yet but future of children and their health was our foremost priority.

Minister informed that polio campaigns would be conducted under the emergency operation centre through a smartly devised phase wise strategy. He said that first polio campaign would start from July 20 in South Waziristan under which about 101,280 children below five year age group would be targeted.

He informed that 609 teams comprising experienced polio workers including 594 mobile and 15 teams have been formulated that would be supervised by 167 areas in charge. He said that all the necessary arrangements including provision of fool proof security to polio workers have been made.