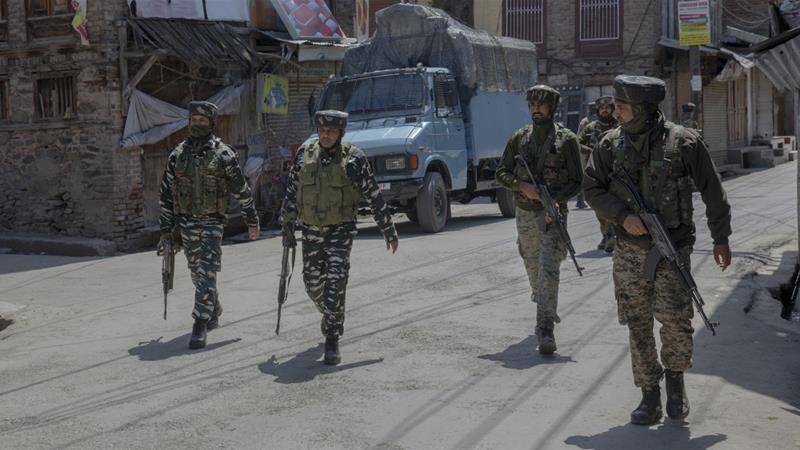 SRINAGAR – Indian troops in their continued act of state terrorism martyred one youth in Pulwama district of occupied Kashmir on Thursday.

The occupation authorities have sealed all entry and exit points of the Pampore area and suspended internet service in the district.

Meanwhile, the troops arrested a youth after raiding a hospital during a similar operation in Janglatmandi area of Islamabad town.

The youth had been killed by the troops during a cordon and search operation in Turkwangam area of the district.

Meanwhile, the All Parties Hurriyat Conference had said that after failing to suppress the Kashmiris’ passion for freedom, India had resorted to cheap and immoral tactics of releasing fake letters in the name of Syed Ali Gilani to malign the movement.

APHC spokesman, in a statement issued in Srinagar, had said the APHC had learnt from reliable sources that Indian secret agencies are about to release another forged and concocted letter attributed to Syed Ali Gilani.

He said that besides defaming the freedom struggle, the aim of issuing such concocted letters is to develop confusion and uncertainty within the freedom parties associated with the APHC and bring them into disrepute.

The APHC spokesman said that India should remember that the whole Kashmiri nation is with the APHC and the Hurriyat would continue the struggle till it reaches its logical end by making the life of Syed Ali Gilani as their guide and role model.