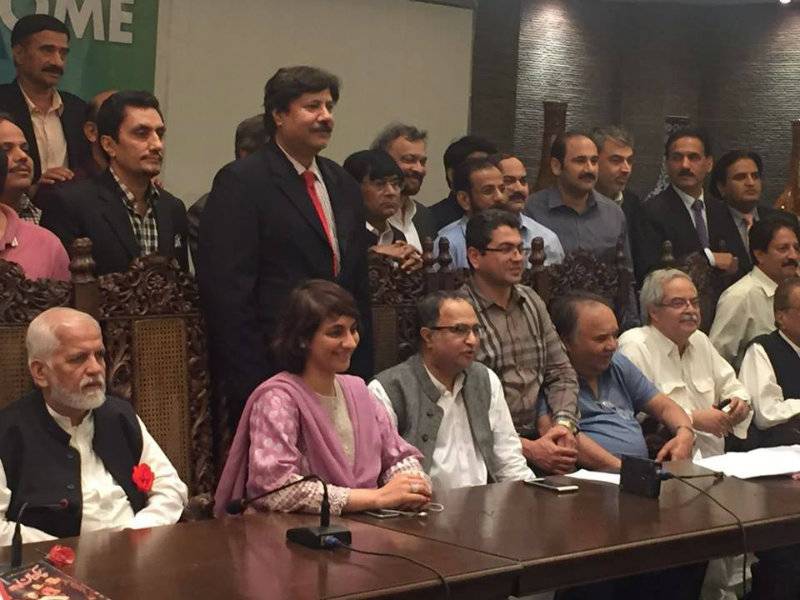 The annual General Council of APNS, that met yesterday at the APNS House in Karachi, under the Chairmanship of Hameed Haroon, unanimously approved the report of the Executive Committee for the preceding year  as well as the Annual Accounts of the Society. 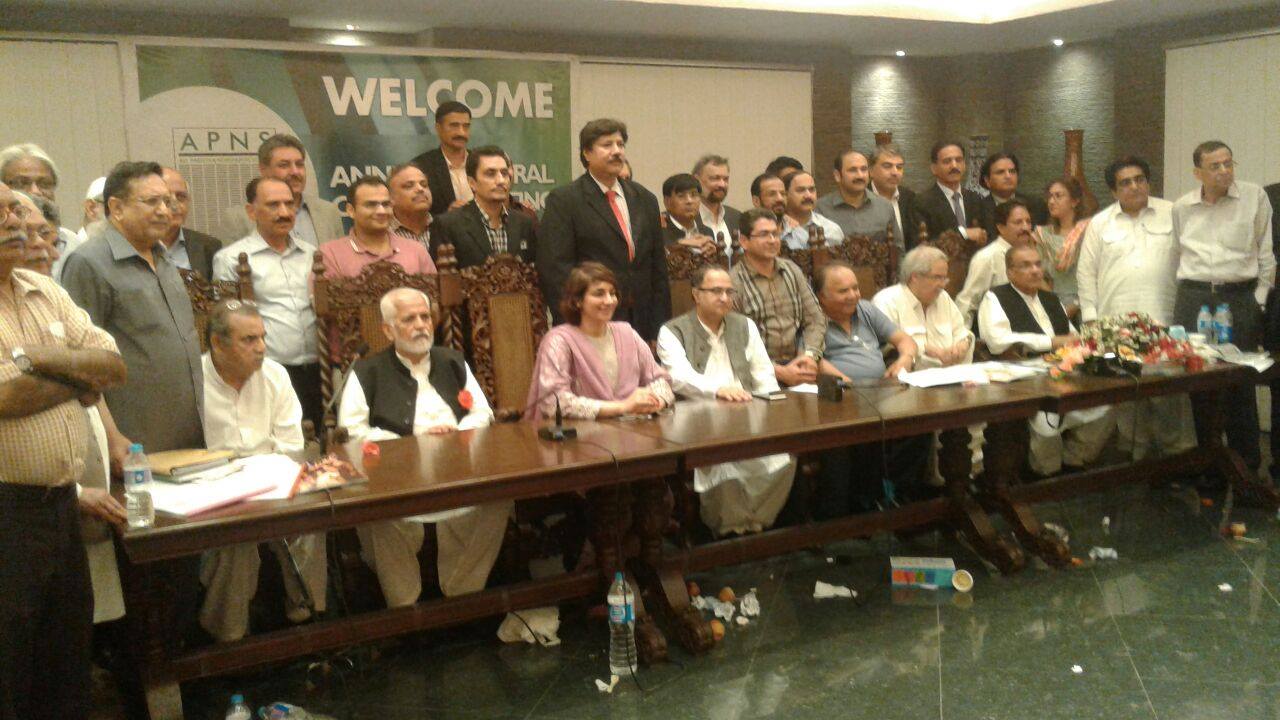 The General Council discussed the conditions prevailing in the newspaper industry and take decisions to address the problems faced by the member publications.

The meeting was attended by full members only and finalised its recommendations on the issues pertaining to the Government–Press relations, press laws and the future of the industry.

The General Council, in a special resolution, noted with concern that the federal as well as provincial governments were denying government advertising to majority of genuine publications, and the major part of advertising budget has been diverted to electronic media.

The members, who gathered from across the country, stressed that the governments must allocate fixed share in advertisement budgets for print media. They urged transparency in the release of ads by the governments and reiterated that data should be released on website of the PID and provincial information departments.

In another resolution, the Council reiterated that the regional quota be strictly implemented and no publications other than regional, be allocated government advertisements from this quota.

The members also directed the Executive Committee to take up the demand of minimum quota for APNS members with the concerned authorities.

The members based in Sindh, Khyber Pakhtunkhwa and Balochistan have also reported to the Council that the Information Departments of the provinces have adopted discriminatory approach while releasing government advertisements which are being distributed to irregular publications, while the senior and genuine publications were being completely ignored. This has resulted in the acute financial crunch to the newspaper industry in the province.

The APNS Council also noted that the print share in the campaigns launched by the federal government was consistently decreasing which has considerably slashed advertising in newspapers, causing survival issues for smaller and regional publications.

The Council expressed its concern that the notification of approved rate increase is pending for over 03 years and urged upon the Ministry of Information to honor its commitments and issue the notification without any further delay.

The General Council attended by 150 members from across the country, formed an Election Commission headed by Younus Riaz, Syed Hamid Hussain Abedi and Aleem Ahmed as members. The Election Commission conducted the election of the Executive Committee for the year 2016-17. Following were elected un-opposed:

The Election Commission conducted the election to the Executive Committee for the year 2014-15. Following were elected by secret ballot:

The Council elected Javed Ahmad of Daily Atemad, Quetta as member emeritus in recognition of his services for the newspaper industry. The President - elect nominated Monthly Dastak, Karachi on woman publishers seat.