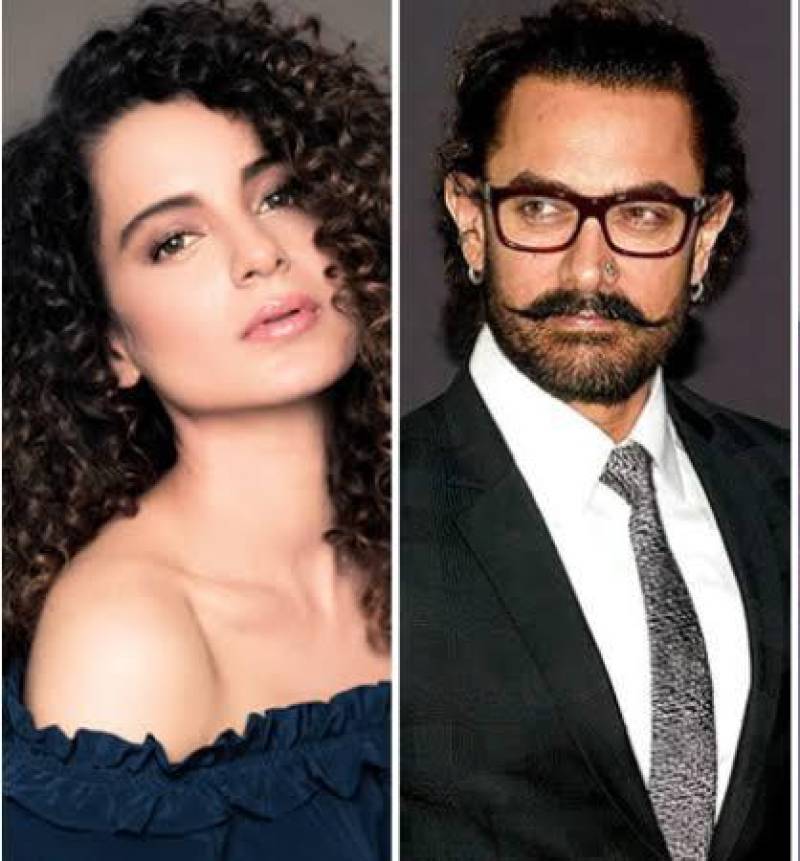 The controversy queen of Bollywood, Kangana Ranaut, paves her way to headline once again as her plea of passport renewal gets adjourned by the Bombay High Court till June 25, according to Indian media.

Sparking a debate, Kangana did not shy away from expressing her utmost disappointment and took to the internet to express her sentiments as well as drawing parallels with superstar Amir Khan.

On her Koo handle, she wrote: “[The] Mahavinashkari government has started to indirectly harass me again, my request for passport renewal has been rejected because a tapori/roadside romeo called Munnawar Ali filed a sedition case – yes, the irony of it is hilarious – on me."

Further, the Queen actor added, "By the way, the case was almost dismissed by the court, yet, the court has rejected my request for a passport renewal with the reason provided being, ‘my request is vague’ hmm.”

Dragging fellow Bollywood star Aamir Khan into the fiasco, she pinpointed, "Please note, when Aamir Khan offended BJP government by calling India intolerant, no one held back his passport to stop his films or shoots. In no way he was tortured or harassed," she said.

In her interim application, Ranaut said the Passport Authority had refused to renew her passport due to an FIR registered against her and her sister Rangoli Chandel.

The FIR was filed by the Bandra police after the two allegedly made comments that promoted enmity between communities on Twitter last October.

On the work front, Kangana is waiting to fly to Hungary for the shoot of her film Dhaakad.

Bollywood A-lister Kangana Ranaut has proved that she is a force to be reckoned with. The quintessential diva continues ...