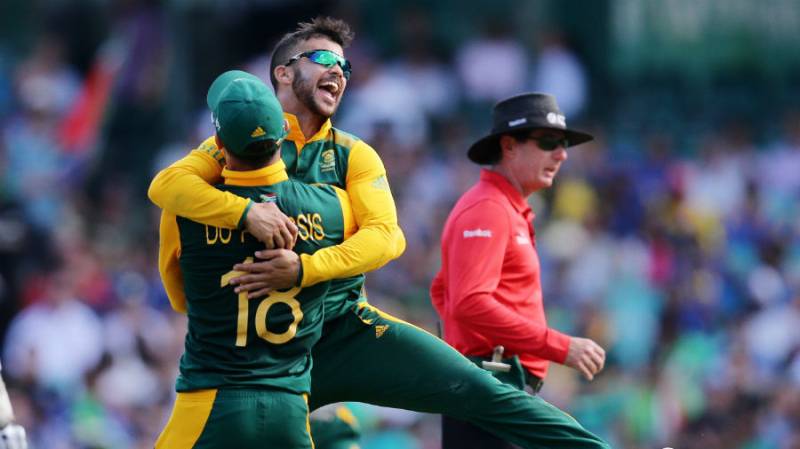 This is the first ever victory of South Africa in any knock out match of the world cup history.

South Africa's opening batsman De Knock was the most successful player to score 76 runs off 57 balls only whereas Du Plessis also contributed with 21 runs. Hashim Amla was ousted at 16 runs by Lasith Malinga.

Earlier Sri Lanka collapsed to 133 all out against South Africa when leg-spinner Imran Tahir took four wickets for 26 runs and off-spinner JP Duminy a hat-trick on his way to three for 29.

Kumar Sangakkara top-scored with 45 as his record-breaking run of four successive one-day international hundreds came to an end.

South Africa will now play either New Zealand or the West Indies, who meet on Saturday, in a semi-final at Auckland on March 24.