Beyonce's new album is based on 'Women's rights theme' 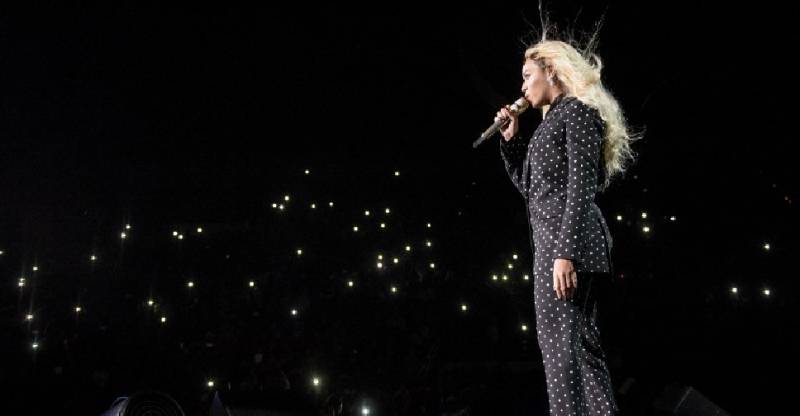 LOS ANGELES - The worldwide famous Hollywood singer Beyonce is planning to write a new album with a women's rights theme.

The 37-year-old singer - who has kids Blue Ivy, seven, and 21-month-old twins Sir and Rumi with husband Jay Z - has reportedly been working on an album in secret and has already completed three "killer" tracks for the record.

"Beyonce is on a break right now, but she has secretly been working on an album and has completed three songs which are all about women supporting women and lifting each other up."They are fierce dancefloor fillers, which her fans will love." as reported by the western media.

Apart from this project, the star is also set to voice the part of Nala in the computer-animated remake of Disney's The Lion King.

Meanwhile, earlier this month, Solange - Beyonce's younger sister - revealed she wants her music to inspire young black girls for the next five decades.

The 32-year-old star - who recently released her fourth album, ‘When I Get Home’ - said her goal is to make ‘’astounding work’’ that will stand the test of time.

MUMBAI - India's richest man Mukesh Ambani's daughter, Isha Ambani is going to tie the knot with Anand Piramal in a ...

Solange shared: ‘’I’m thinking about the possibility of maybe some young black girl in 20 years needing to reference a black sculptor who’s making work that large, and in the landscape like that, and the blessing and privilege [that] I might come up in that search.

‘’Of course, I want to make these massive landscapes and express these parts of me ... because it’s beautiful, and I want to make astounding work. But I really want to make work to be discovered 50 years from now.’’

Waiting excitedly to listen and watch women-centric singles by Beyonce.