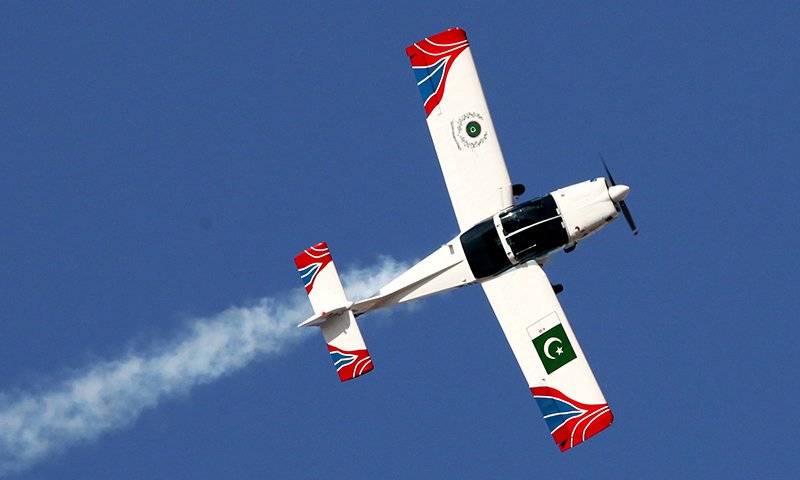 ISLAMABAD – Pakistan has prepared another military aircraft to use for war purposes after the success of its JF-17 Thunder.

Pakistan Aeronautical Complex on Monday unveiled the latest version of Super Mushak aircraft, which has been equipped with anti-tank missiles.

Buraq laser guided missiles will also be installed on this aircraft. The targeting capacity has further been improved in this plane. The aircraft will be used for combat purposes for the first time.

Since this plane has lower operational cost, it can especially be used in operations against terrorists.

Pakistan last week achieved a great success by experimenting log-range indigenously developed smart missile from JF-17 Thunder which made the country's defence impregnable and reduced the dependency on other countries.

The experiment was a great milestone for the country as the weapon has been developed, integrated and qualified solely through indigenous efforts of Pakistani scientists and engineers.

KARACHI - A JF-17 Thunder shot down a slow speed target with BVR (Beyond Visual Range) and IR (Infrared) air-to-air ...

The successful trial provided JF-17 Thunder a very potent and assured day and night capability to engage in a variety of targets with pinpoint accuracy.