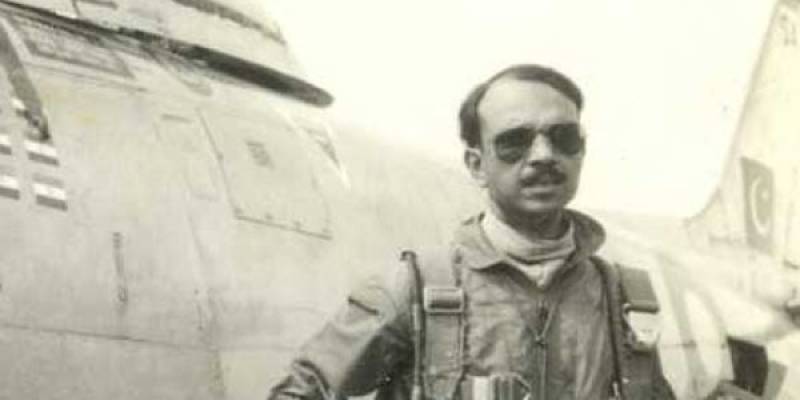 ISLAMABAD - The seventh death anniversary of the hero of Indo-Pak War of September 1965 Air Commodore M.M Alam is being observed today (Wednesday).

Air Commodore M M Alam was awarded with the third highest military award of Sitara-e-Jurat for his dauntless and chivalrous contributions during the 1965 war.

He, with his F-86 Sabre downed five Indian Air Force aircraft in 1 minute during the Indo-Pakistani War of 1965, all five aircraft are Hawker Hunter aircraft on one sortie.

During the war of 1965, he destroyed 11 Indian Air force (IAF) jets nine were shot down while two were partially damaged.

Nations recognized his contribution and extra ordinary skills and awarded MM Alam with the titles such as ‘Falcon’ and ‘Little Dragon’.