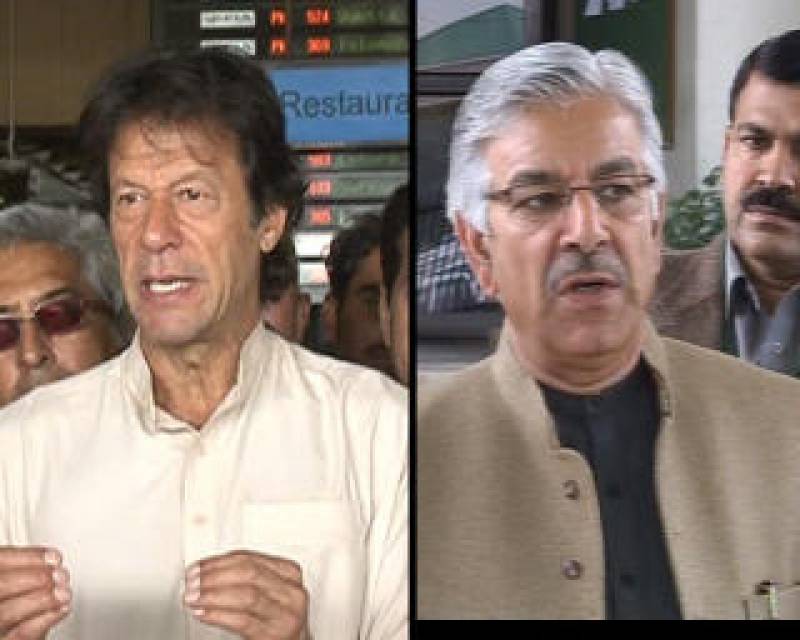 ISLAMABAD (Web Desk) - National Assembly proceedings continued on Wednesday (today), which were supposedly held to discuss the serious issue of tax evasion and money laundering by the Prime Minister and other parliamentary leaders, had its share of lighthearted moments as both opposition and government leaders hurled sarcasm-laden accusations and insults at each other.

Pakistan Tehreek e Insaf chairman Imran Khan kicked off the show, while addressing the House on the Panama leaks controversy, described a funny incident that took place many years ago regarding his penthouse flat in London.

He said that when he was telling the then Chief Minister of Punjab, Nawaz Sharif, about his penthouse flat in London, the current Prime Minister asked him what a penthouse flat was. When Khan subsequently told Nawaz that a penthouse is on the top most floor of  building, he was asked what would happen if a strong wind blew his flat down. The House giggled in response to the anecdote.

He also took a swipe at the PTI leader for the lack of transparency in his various charity initiatives, including the Shaukat Khanum Memorial Cancer Hospital.

Khawaja went on to say that both charity as well as tax money should be handled dealt with honestly.

While the Defense Minister's remarks amused the House greatly, his taunt calling Imran Khan a "meesna" was expunged from the record by the National Assembly Speaker Sardar Ayaz Sadiq.