Aima Baig lashes out at Amanat Ali for calling her 'arrogant' 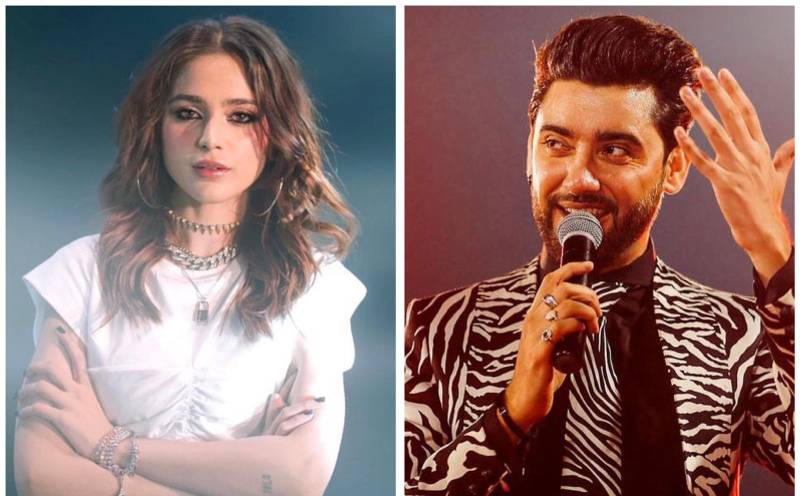 Popular singer Aima Baig has reacted to fellow singer Amanat Ali after the latter named her as the most arrogant artists.

For those unversed, the 34-year-old singer during a recent outing at a chat show named Farhan Saeed, and Aima Baig as the most arrogant artists.

Furthermore, he named Aima and further elaborated, “Though I’ve not experienced it personally and everyone has been very cordial and respectful towards me, I have heard about her having tantrums. I would suggest to her that if you want to stay long in the industry you should be humble and down to earth.”

Reacting to the statement, the Kaif o Suroor singer defended herself and slammed Amanat's remarks through her Instagram stories.

“When you dont wanna do a duet with someone. You just dont,” her statement read. “Simple is that. Also, people I have never even met sharing some unsolicited advice is the most bizarre thing.”

“This person advising me should focus on making some good music to get some attention, rather than taking names which they think can make things better for them, I’m one super straight forward kinda person. I can be more.. If only I was allowed,” Baig concluded.

Among the male artists, Ali revealed that the Suno Chanda star has tantrums, which he witnessed himself. It is pertinent to mention that Ali has lent his vocals to the superhit OST of Saeed’s latest play ‘Mere Humsafar’.

On the work front, Aima Baig is one of the most promising singers to emerge from the music scene in recent years.

Singer Aima Baig rose to unprecedented fame with her blockbuster songs but she has had her fair share of controversial ...