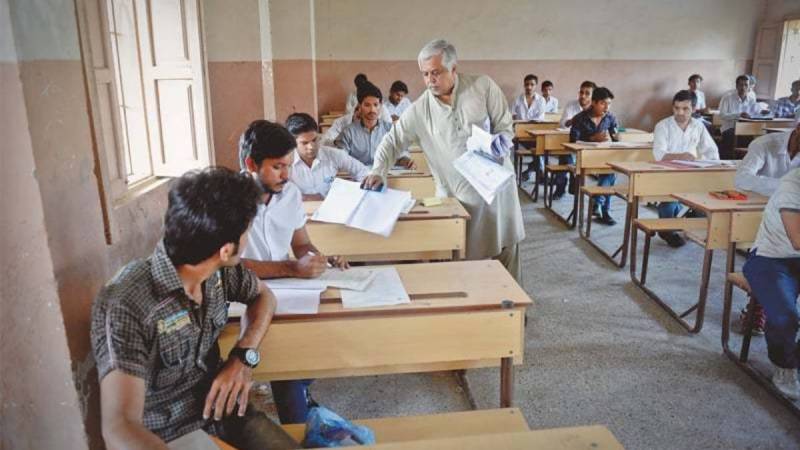 KARACHI – The cheating mafia in the country’s largest metropolis once again outperformed the authorities and leaked Matric's computer studies paper two hours before the exam.

The first exam of matriculation was scheduled to start at 9:30 am but the question paper was available hours before on messaging platforms.

Despite all the assurances from the Board of Secondary Education Karachi (BSEK), the cheating mafia people still swarmed the exam places. Furthermore, the exam went ahead with the leaked question paper as several news outlets reported the development.

Board officials maintained that they were unable to verify reports about the paper leak, saying the question paper has not yet been de-sealed.

More than 360,000 students are apprising in the matriculation exam in the country’s most populous city and 448 exam centers have been established in 18 towns.

ISLAMABAD – Board of Intermediate and Secondary Education Rawalpindi has canceled Mathematics papers for the ...

No improvement was observed today despite the imposition of Section 144 around the examination centers.