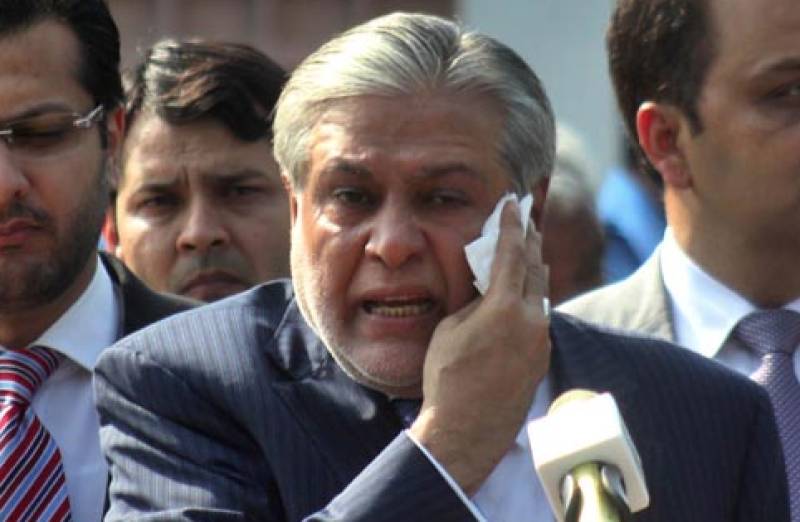 ISLAMABAD – An accountability court in the country’s federal capital has re-issued a permanent arrest warrant for former finance minister and senior PML-N leader Ishaq Dar in the assets beyond means case on Wednesday.

Reports in local media said Justice Muhammad Bashir remarked that the proceedings in the case will only move forward once the former finance czar will be arrested.

The country’s antigraft watchdog has filed the reference against a seasoned politician, who has been declared an absconder in the case, as the 72-year-old is allegedly accumulating illegal assets beyond known sources of income.

Islamabad court made conditional the issuance of a ruling on pleas seeking the acquittal of co-accused on Dar’s arrest. The co-accused approached the court for their acquittal and challenged the reference under the NAB amendment ordinance.

Last month, the newly-elected coalition government has issued a passport to ex-finance minister Ishaq Dar. The former finance minister left his homeland four years as is living in self-exile in London however he is wanted in multiple cases.

In the year 2017, a Pakistani court declared Dar an absconder over his non-compliance with the authorities concerned in the corruption reference.

ISLAMABAD – The Ministry of Interior has started the process to renew the passports of former prime minister ...