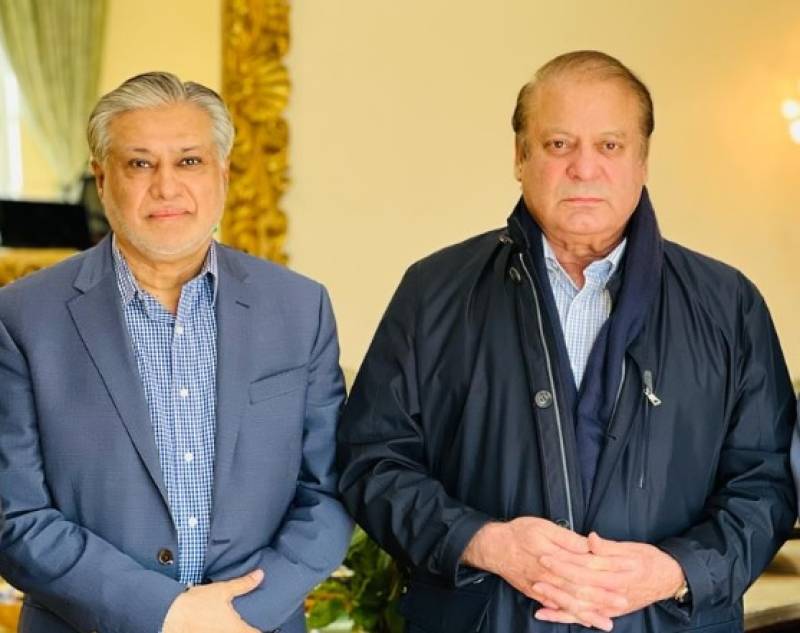 ISLAMABAD – The Ministry of Interior has started the process to renew the passports of former prime minister Nawaz Sharif and ex-finance minister Ishaq Dar, it emerged on Wednesday.

Reports said that the federal government has issued directives to the ministry as PML-N president Shehbaz Sharif took oath as new prime minister of Pakistan after former premier Imran Khan’s was ousted from his office through a no-trust vote.

The Pakistani High Commission in London has also been directed to renew the travel documents of the PML-N leaders.

PML-N has not issued any statement about the return of Nawaz Sharif from London. However, a PML-N leader Javed Latif claimed in a TV show that the former three-time PM would return to Pakistan before Eid.

In March 2021, Ministry of Interior, which was then headed by former interior minster Sheikh Rashid Ahmed, refused to renew the passport of former prime minister Nawaz Sharif.

Nawaz, who has been declared absconder by a Pakistani court after he did not return to the country from London to attend hearing of cases, had approached the government through the Pakistan High Commission in London on February 15, 2021 — a day before the expiry of his passport.

In response to his request, the interior ministry said that no new passport will be issued to absconding Nawaz Sharif since it is not a fundamental right of a citizen.

However, it offered that special documents could be offered to the former premier if he wants to fly back to Pakistan.

Nawaz, a three-time former premier, is in the UK for medical treatment since November 2019 after he was granted bail for eight weeks on medical grounds.

He was sentenced to seven and 10 years in prison in the Al-Azizia Steel Mills and Avenfield flats references respectively.

Former premier Imran Khan had repeatedly expressed regret over his government’s decision to let Nawaz Sharif go abroad for treatment. In February this year, he said that letting the PML-N’s supreme leader to go to London was his “major mistake”.