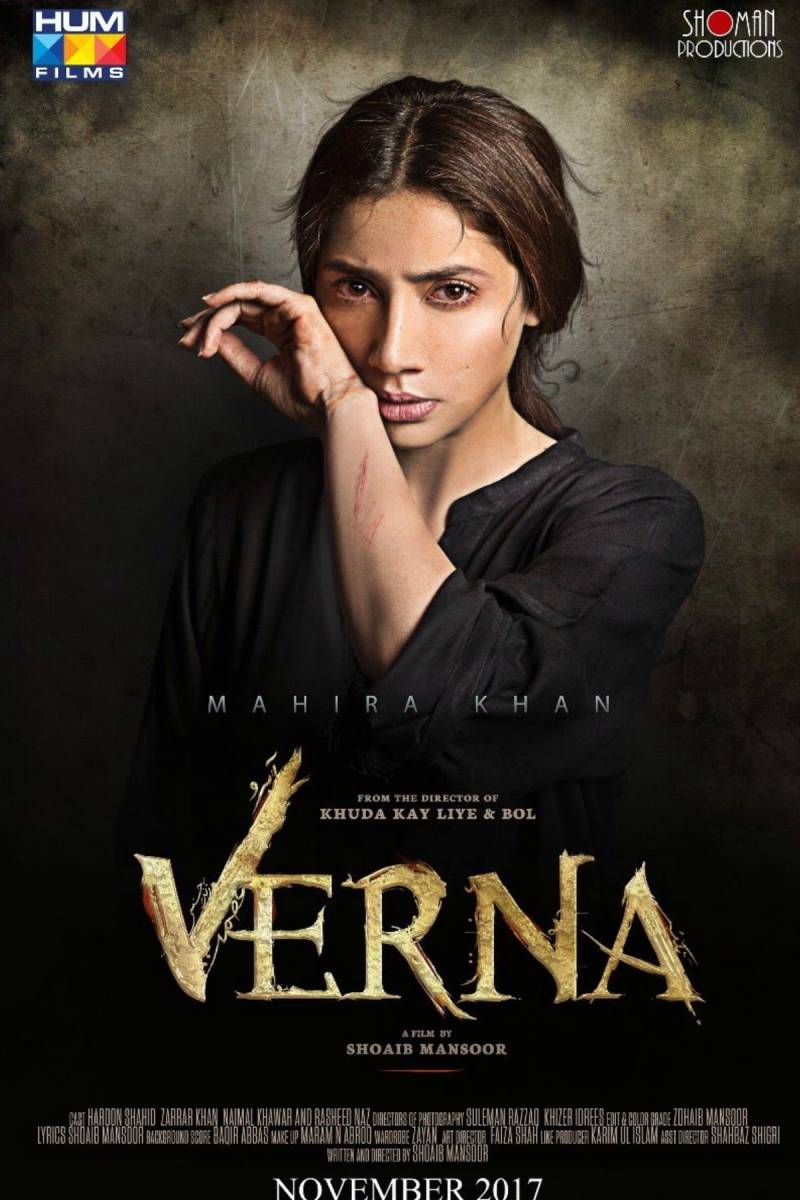 The official trailer of Verna has been released and the first look at the trailer has already paved the path for blockbuster rating. The genius of Shoaib Mansoor with Mahira Khan's very unconventional role from her previous work (as seen in the trailer) is indeed an intriguing aspect for the audience.

The upcoming social drama film (with a spice of thriller it seems) Verna sheds light on socio-political issues. It shows a woman who is seeking justice against the corrupt system that our country has been sinking in for the past many years. Mahira Khan's Sarah can be seen as woman in love, a woman with vengeance in her eyes, a woman who has been betrayed by her loved ones, and a woman who fights for what is right by any means necessary.

Social issues like feudalism and misuse of power have often taken the backseat when it comes to Pakistani cinema. The refreshing aspect of this film (by the looks of the trailer) is that one can see the dark side of the country's judicial and political system without glorifying it.

The director of 'Khud Ke Liye' and 'Bol' (Shoaib Mansoor) relives the story of a woman who used and abused by two men in her life - her husband (Haroon Shahid) and a political acquaintance of hers (Zarrar Khan) before she sets out for revenge from those who wronged her. Mahira Khan (Sarah) can be heard echoing the main theme all along with very few, but strong dialogues in the trailer. Mahira, who has been Pakistan's sweetheart ever since her role in Humsafar, is now showing a much darker shade of an actor in her role. The grit, the violence, the manipulation -all of these sides of Mahira's character have never been a sight for the audience.

Although the trailer does not give away much but it has well balanced and mostly disconnected sequences, thus leaving you hooked for what is more to come. Catch this highly anticipated film on 17 November 2017 at your nearest cinema.