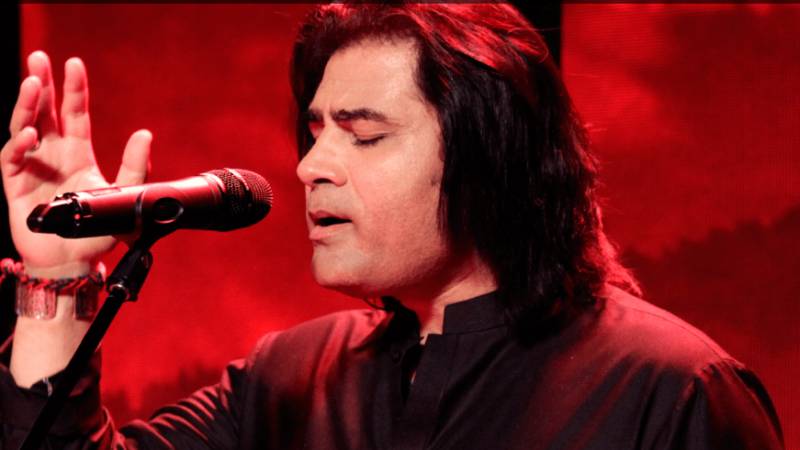 KARACHI -  Shafqat Amanat Ali is Pakistan's most popular singer. He has sung several popular songs, that have been popular all over the globe. The singer recently appeared at Rewind with Samina Peerzada, where to everyone’s surprise, he told that he was asked to leave singing very earlier in life.

“I belong to a musical Gharana where we had no option but to pursue singing as a profession. We were sent to schools to learn reading and writing, but the purpose was never to study to get a job. We had no other option,” he said adding, “Though believe it or not I was the worst singer in my family. If you rate all the singers in my family, I will be listed in the worst.”

So much so that Shafqat was given an option once to join the police force or do a job in the customs department. “I was 14-15 years old when I was told by Ustad Fateh Ali Khan Sahab to work in the police force. I was disheartened but thankfully I didn’t give up. I never thought that my musical journey has ended. In fact, I decided that if I couldn’t sing the way he wanted me to, then at least I can try not to be an embarrassment for him and hence I went to Karachi,” he said.

Amanat also recalled his struggle in the music industry by saying that “I tried multiple times even worked on my album twice, then sang jingles for a while. At that time most of the companies were working with bigger names like Ali Haider and Shariq Roomi so it wasn’t easy to release an album. However, after a while, I resumed working on my second album and then I met my Fuzon band members,” he shared.

He also shared his childhood stories and how he used to wake up early in the morning to practice for hours continuously. However, despite being told he wasn’t a good singer, music was his one true dream.

“You won’t believe that even when I was told to seek any government job or during my struggling period, I used to practice how to sign an autograph. I never had big dreams like becoming a president; I was only passionate about writing lyrics and making compositions,” he concluded.

What are your thoughts about it? Let us know in the comments section below.