‘Behind Closed Doors’: All eyes on documentary exposing ‘corruption’ of Sharif family 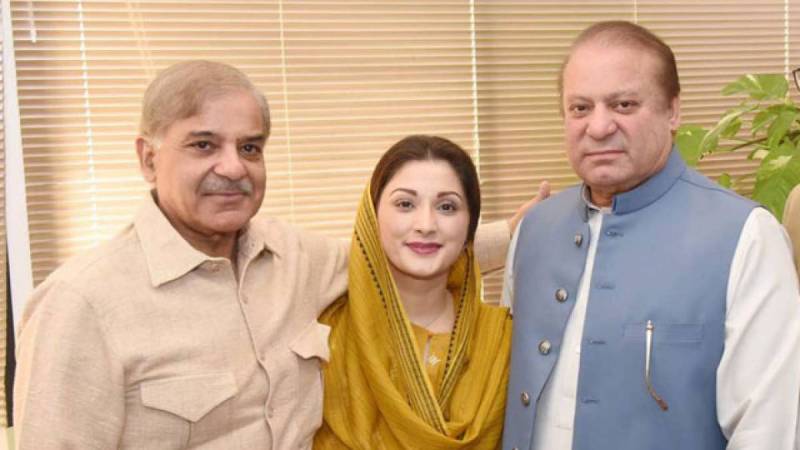 KARACHI – The first visuals of ‘Behind Closed Doors’, a documentary, which revolves around alleged corruption by ruling party leaders is out and Imran Khan fans are excited for its release.

The nearly two-minute-long cinematic trailer, which appears as the prologue of a documentary, has been making the rounds on the internet.

Behind Closed Doors depicts how politicians used the international financial system and offshore jurisdictions to launder their ill-gotten wealth.

The documentary has been directed by Michael Oswald, produced and written by Murtaza Mehdi.

As the first glimpse was shared by several celebrities and politicians, a trend started that Netflix was releasing the documentary on corruption, however, several reports claimed that the leading streaming service has yet to confirm its release.

As the fans and supporters of ousted premier Imran Khan seemed thrilled, a cliched debate of the alleged corruption by the Sharif brothers also garnered attention.

A YouTube channel first released the trailer while the production house's site said, “Politically Exposed Persons (PEPs) are people who hold a public function and as a result present higher risks of being involved in bribery or corruption. Offshore leaks have revealed repeatedly that PEPs use British finance and British offshore jurisdictions to launder their wealth, hide their wealth and re-invest it into the global financial system....London is the place where they buy property, where they take legal action against their critics and where they live when they fall from grace.”

Former Information minister Fawad Chaudhry shared the trailer on Twitter and announced that Behind Closed Doors is “coming soon”.